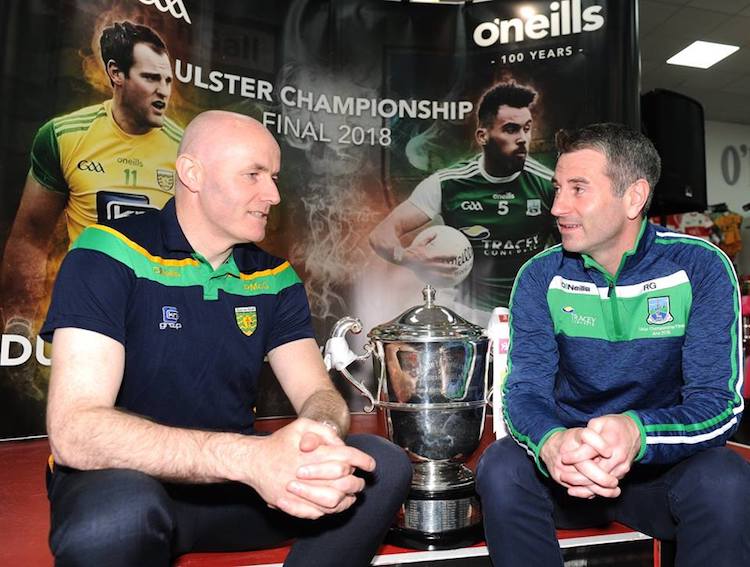 Donegal selector Paul McGonigle was part of an Ulster-winning dressing room four years ago – and would love to repeat that tomorrow.

After a changing of Jim McGuinness’s guard in 2013, McGonigle was drafted onto the backroom team by the Glenties man alongside John Duffy and Damian Diver. Donegal won Ulster and reached the All-Ireland final that year.

McGonigle was one of Declan Bonner’s first recruits when he was appointed as successor to Rory Gallagher and Donegal are 70 minutes away from a ninth Ulster crown when they face Gallagher’s Fermanagh tomorrow in Clones.

A big change to McGonigle’s last involvement is the condensed nature of the Championship – tomorrow’s final is just six weeks from the preliminary round win over Cavan.

“The big thing is that this has been the way it’s been – it’s been a short run-in,” McGonigle said.

“The time frame is very short. The season is short and intense now. You don’t get a lot of time to relax.

“A lot of focus just goes on the performance and the game plan. That over-rides everything else. We have to be ready to take that challenge head-on.”