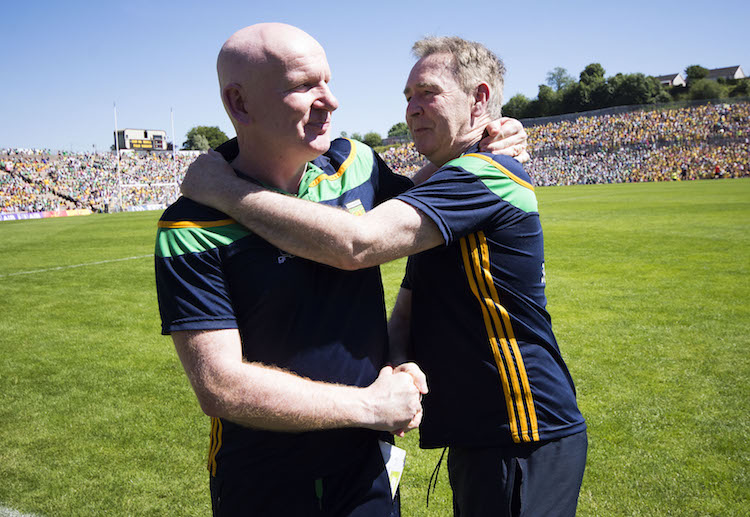 Declan Bonner became only the third Donegal manager – after Brian McEniff and Jim McGuinness – to guide Donegal to an Ulster SFC title today.

A 2-18 to 0-12 win over Fermanagh in Clones saw Bonner complete the trick in his first year back in the job – and 20 years after Joe Brolly and Derry denied him late in the 1998 final.

“It’s absolutely brilliant,” Bonner said as goals in the first half by Eoghan Ban Gallagher and Ryan McHugh wore Fermanagh down.

“We set out our goal very early and we said that this was where we wanted to be. The Ulster title isn’t easy to come by and we don’t win them very often. That’s nine we have now, but we have lost a lot more.

“Even if we’d won by a point, we’d have been happy. We just wanted to get over the line. We did it playing decent football. They went about their job in a really professional effort.”