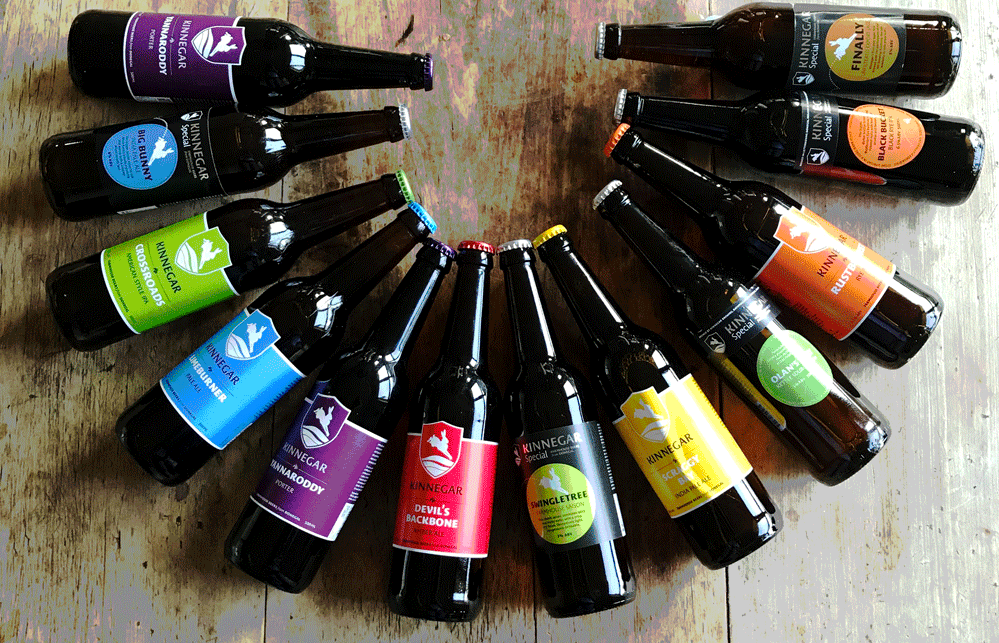 Donegal companies are among those enjoying a flourishing Irish drinks industry, which is now Ireland’s fastest-growing manufacturing industry with a jump of 105% growth in enterprises since 2008.

The number of Irish breweries producing their own product has more than quadrupled since 2012, from 15 to 72, according to a new report published today by the Drinks Industry Group of Ireland (DIGI).

Donegal has seven breweries, which is one of the highest averages in Ireland. The drinks industry in the county supports 7,443 jobs and brings in wages of  €157.7 million per year. There are 405 pubs and hotels in Donegal, according to DIGI’s latest Support Your Local campaign, an initiative designed to demonstrate of the importance of drinks and hospitality industry businesses to the economic, cultural and social fabric of Ireland.

The Irish drinks sector is experiencing growth across the beer, cider and spirit categories. In 2013, there were just four working whiskey distilleries in Ireland. By 2017 there were 18, and there are plans for another 16.

Ireland’s gin sector, too, is attracting worldwide interest and plans to treble its exports to 400,000 9-litre cases by 2022. The number of licences granted for cider production increased from three in 2009 to 18 in 2017.

In response to changing consumer tastes, pubs and off-licences are fostering their own culture of modernity and experimentation.  Some off-licences have also brewed their own collaborations with suppliers, including McHugh’s off-licence, who worked with Donegal’s Kinnegar Brewing and Independent Brewing to form RoadTrip IPA, Extra Stout and Whiskey Barrel Aged Stout.

Donall O’Keeffe, Secretary of DIGI and CEO of the Licenced Vintners Association, said that the Irish drinks industry is innovating and diversifying in response to changing consumer tastes.

“Our drinks industry has proven itself extremely adaptable to ever-changing tastes in consumer behaviour. Manufacturers, large and small, have diversified their offerings, experimented with new ingredients and recipes, and developed lucrative commercial partnerships at home and abroad.”

Many breweries and distilleries are developing visitor centre facilities, increasing product awareness among local and international consumers, and opening up additional revenue streams. Kinnegar’s new Letterkenny brewery hosted a ‘Big Day Out at the Brewery’ on Saturday last to mark Indie Beer Week 2018.

DIGI’s O’Keeffe believes that the industry’s rapid growth, especially the potential for scaling up the many new enterprises, will be challenged by current global trade considerations and Ireland’s uncompetitive alcohol excise tax policies.

He said: “In a challenging international economic environment, with Brexit and growing American protectionism, export development must be supported by a strong market at home. This starts with ensuring that policy measures support growth and we must prioritise reducing the tax burden on Ireland’s fastest-growing manufacturing industry by lowering excise on alcohol.”