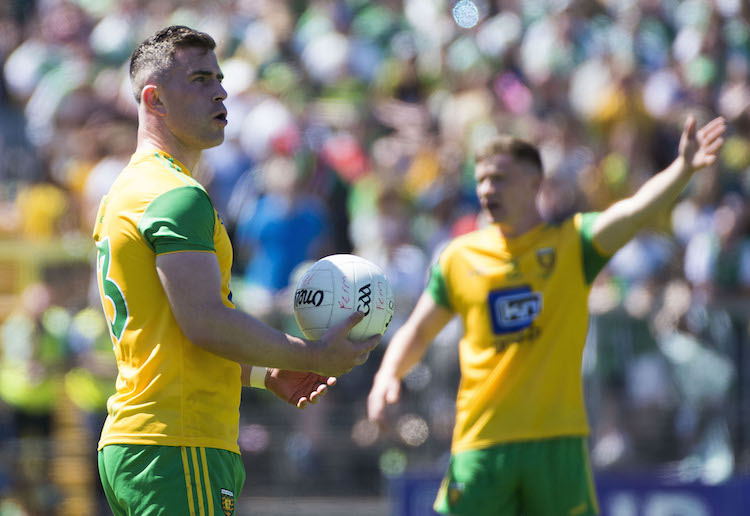 Declan Bonner has backed Patrick McBrearty to recover from the cruciate injury that has put an end to his season.

McBrearty ruptured the ACL in his left knee during Sunday’s Ulster final and faces up to a year out of action.

The Kilcar man will undergo surgery on the injury and represents a hammer blow to Donegal’s All-Ireland prospects.

“It’s a serious blow for Patrick and for Donegal. He shipped a heavy knock getting a score just before half-time and had a scan yesterday.”

McBrearty re-appeared for the second half, but was withdrawn and replaced by Daire Ó Baoill just three minutes after the interval.

McBrearty was Donegal’s top scorer this year in both the League and the Ulster Championship, scoring a combined 0-53.

Bonner said: “Paddy is a total professional and it’s a cruel blow, no doubt about it.

“He’s still very young and has been playing brilliant football all year.

“He’ll get the proper treatment and rehab and we’ll look forward to seeing him back in 2019. He’ll get the right attention under Dr Kevin Moran. 2019 seems a long way away now, but we wish him well in his recovery.”