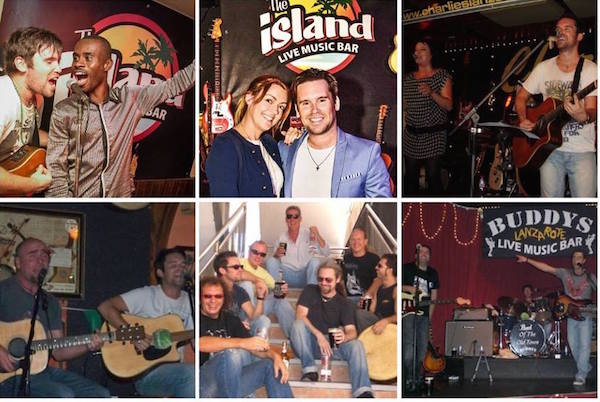 Music star Rory quits The Island to move back to Donegal

He arrived there with just €20 in his pocket and made the holidays of many Donegal people in Lanzarote a pure joy.

Now 12 years after making the sun-kissed island his home, the Kilcar musician has announced that he is moving back home to Donegal.

In a statement on his Facebook page, the musician said he is also set to become a dad for the second time.

In an emotional post, Rory said he was really looking forward to beginning a new chapter in his life.

NOTICE: It is with more than a hint of sadness that i announce now that SEPT 30th will be my FINAL GIG in Lanzarote and the last night of “The Island Bar” as we know it… we are moving home to Donegal … we have sold the lease of the bar (more exciting news to come on that!) – We are expecting our 2nd child and will be moving home in October to start a new chapter in our lives. I have to say my 12 years in Lanzarote have been an absolute thrill. After arriving here with about €20, Cara got me a few gigs in Brian Boru where she was working at the time, i then picked up a residency in Buddys bar then onto Charlies and the Craic n Ceol. In March 2013 we opened THE ISLAND BAR and what a 5 year marathon that has been! I hope when people remember their holidays of the 2010s they think fondly of the fun they had in there and we tried to make it like a live music version of what Cream was in ibiza in the 1990s.. but the pace we set was never going to hold forever and we want to quit while we are ahead and before jagermeister has taken me completely!! Thank you so much for all your support.. there will of course be more updates.. but as of SEPTEMBER 30th 2018.. that is the end of Rory.