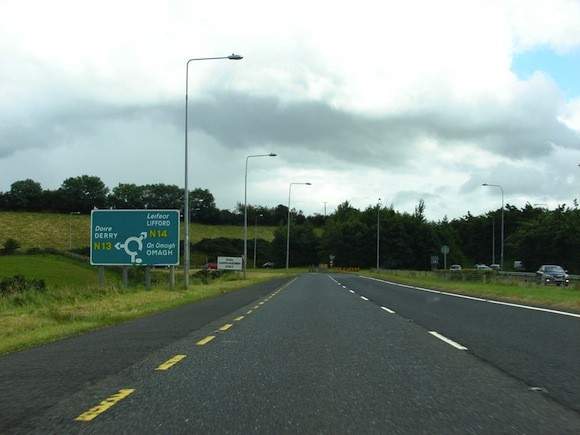 Councillor expresses fury over delays on A5 road project

Donegal County Councillor Patrick McGowan has expressed his total frustration at the ongoing delays with the A5 project from Derry/Donegal to Dublin.

He said the latest update from the Northern Ireland Department for Infrastructure on the A5 is very disappointing.

“I can’t help feeling that if the NI Assembly was up and running this project would not be taken as long as it is,” he said.

The update on the project states “In light of the recent ARC21 judgement and subsequent appeal by the Department which is to be heard in late June, the legal challenge to the A5WTC scheme, brought by the Alternative A5 Alliance (AA5A), has been rescheduled for a hearing in the High Court on 4 September and is likely to run over 4 consecutive days.

“A judgment from the Court is unlikely before December and, as a result, construction will not now commence on Phase 1a until early 2019 at the earliest.”

Cllr McGowan said we need all the political and business people to put their shoulder to the wheel and start pushing to gather for a change and forget about the political circus that’s going on.

“First it was over thirty years of the NI troubles that put the NW in stagnation now it’s the lack of political will that’s costing this part of the country to lose out on much-needed investment. We need action now not promises,” said Cllr Mc Gowan