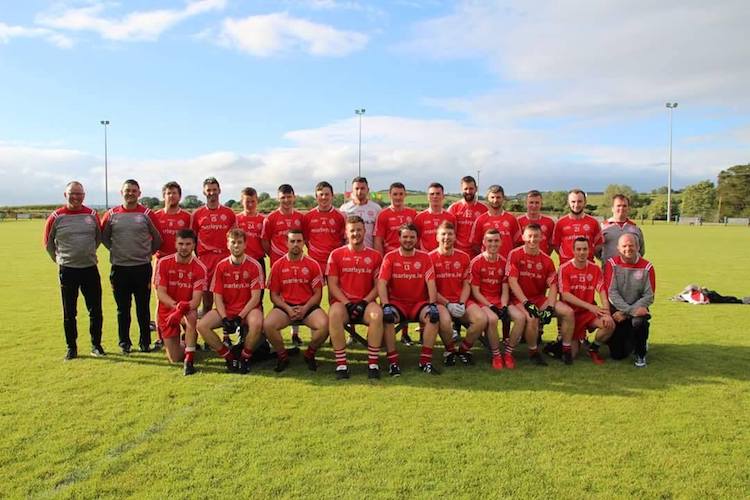 Urney and Glenfin are set to clash in the Final of the Sandy Harper/Shaun T Carlin Centenary Tournament after both secured victories in this week’s semi-finals.

This intriguing and exciting finale to the successful Tournament will throw-in at 7.30pm this Friday 29th June at Pairc Eiméid, home of the Robert Emmet’s Club in Castlefinn.
Friday’s final is the culmination of what has been a most enjoyable Tournament being run by the Finn Valley Club as part of their Centenary Year celebrations, and excitement is mounting ahead of what promises to be a close final.
Both teams have impressed on route to the decider, with Urney having dispatched Owen Roe’s and MacCumhaill’s with a ruthless efficiency and no shortage of skill in the final third. Glenfin, likewise, have impressed in victories over Ardara and the hosts Robert Emmet’s.
Sandy Harper and Shaun T Carlin were two great servants of the Robert Emmet’s Club, who tragically passed away in the prime of their lives.
In the past, the Club has held memorial tournaments in their names, and as this is the 100th year of the Club, they decided that it would be fitting to host a Centenary Tournament and name it after both Sandy and Shaun.
Friday’s final will be the showpiece event of what has been a great festival of football, with many entertaining games being held in Castlefinn over the last few weeks.
The clash of Urney and Glenfin promises to be the best of the lot, with few arguing that both teams deserved their place in the decider.
A large crowd is expected, and patrons are advised to arrive in good time.
Entrance is just €5, with the presentation afterwards in McBride’s Bar, Castlefinn.
Glenfin to face Urney in Sandy Harper/Shaun T Carlin Tournament final was last modified: June 28th, 2018 by Chris McNulty