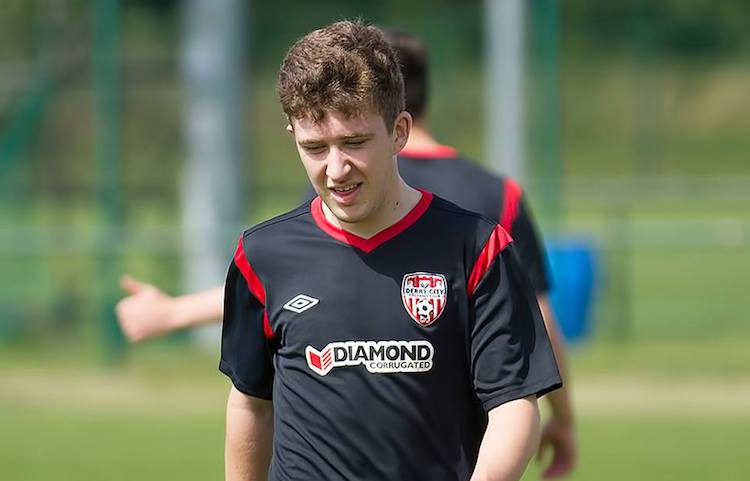 Ramelton’s Shane McNamee became the third McNamee sibling to appear for Derry City when he made his Candystripes’ debut tonight.

McNamee – pictured by The Jungleview – came on for new signing Ben Fisk for the final four minutes of Derry’s 2-0 loss to Shamrock Rovers in Tallaght.

McNamee follows in the footsteps of older siblings Barry and Tony, who also turned out for the Brandywell club.

Shane McNamee played underage at Swilly Rovers before moving to Derry City, where he has come up through the ranks.