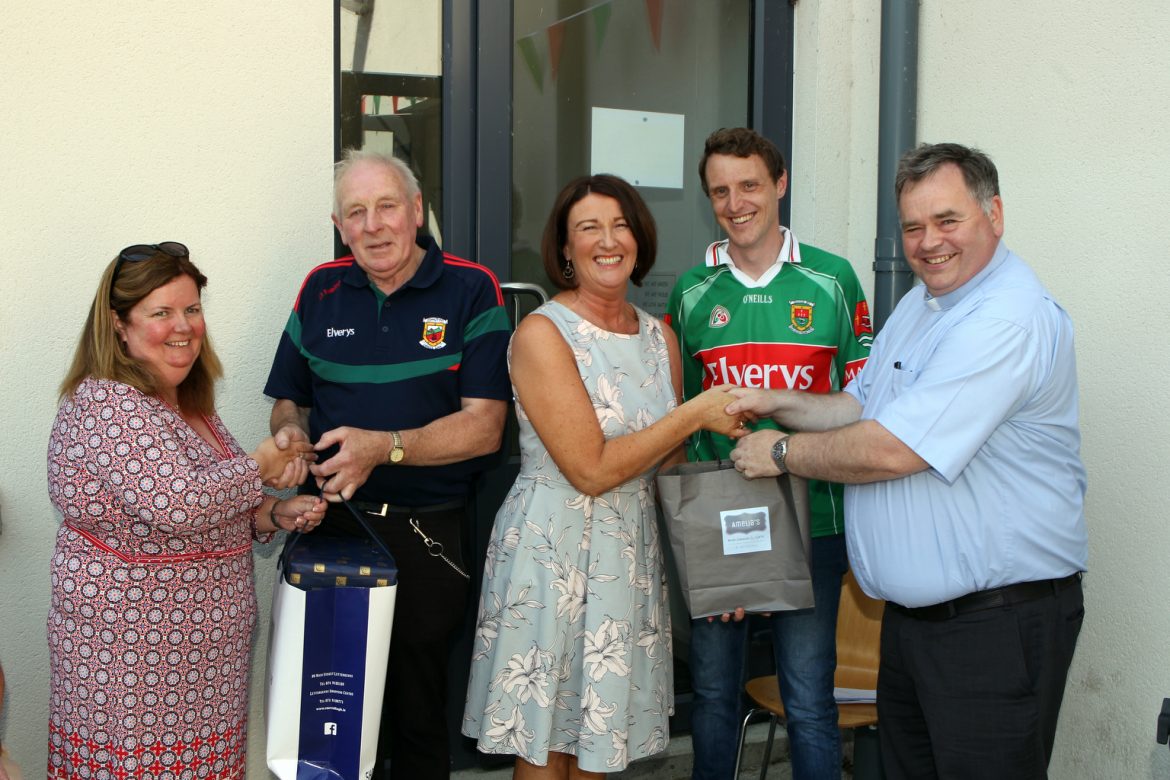 Vice-principal Emer Kelly and caretaker Owen Gallagher were given a warming goodbye as they retired from their duties at Lurgybrack National School.

Emer Kelly started working in Lurgybrack in 1995 having previously spent time in other schools. After getting her degree, she took her first teaching job in Stranorlar in 1983. 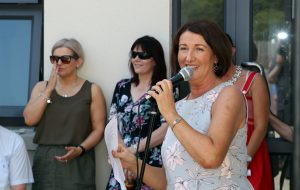 Elmer Kelly thanks they children and guests at her retirement celebration at Lurgybrack NS. Photo Brian Mc Daid

A large amount of parents along with past pupils and teachers attended the event. Emer Kelly spoke of how she will miss the school and said that she immensely enjoyed the twenty-three years that she spent their. 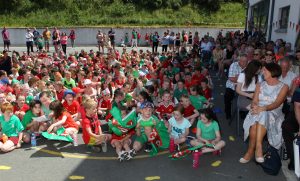 Emer Kelly in her element as they whole school turned out in the Mayo Colours to celebrate both her retirement and Eoin Gallagher’s both of who are originally form Mayo. Photo Brian McDaid.

With both being natives of Mayo, the school decided to go with a green and red colour scheme for one day only. Teachers and students alike donned jerseys and tops in celebration of the careers of both Kelly and Gallagher. 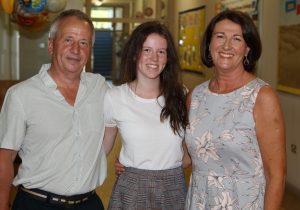 Owen Gallagher started his term as caretaker of the school in 1989, amassing a total of 25 years in the school. 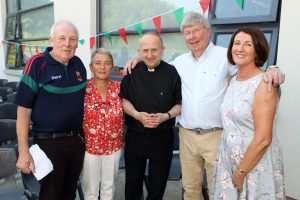 Former principal Brian Fox who is part of the picture above was the man who gave them both their jobs during his time in charge of the school. 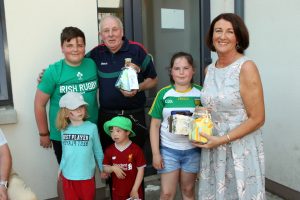 Joseph Mc Shane, Chloe Gallagher Kobe Barrett and Dean Kelly pictured as they makes presentations on behalf of the children of Lurgybrack NS to EmerKelly and Eoin Gallagher on their retirement as Vice Principal and caretaker respectively. Photo Brian McDaid.