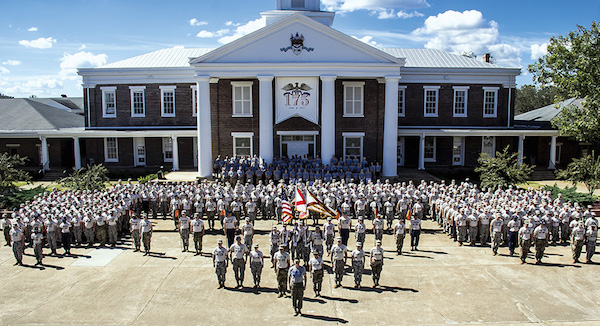 They will eventually join the American Army and could see combat around the globe.

But a group of young cadets have landed in Donegal on a very different mission.

The group from Marion Military College are keen to study Irish.

Cadets from Marion Military College in Alabama have been learning Irish in Glencomncille, in the heart of the Donegal gaeltacht.

The group follow in the footsteps of many other notables who visited Glencolmcille to learn or brush up on their Irish.

Donegal Minister Joe McHugh looked to Glencolmcille to help him become a fluent speaker while Daniel O’Donnell attended the area last year to brush up on his native tongue.

The time spent at Glencolmcille will be time well-spent for the American cadets.

They receive credits towards their diploma for learning a language and chose to come to Ireland for the five-week programme.