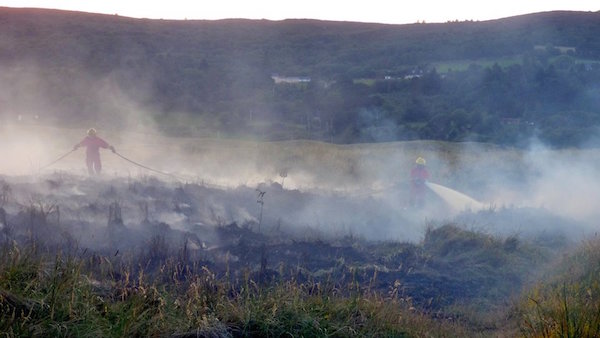 Campers and beach-goers were forced to evacuate popular Kinnegar Beach close to Rathmullan after a fire broke out on grassland behind the beach.

The fire broke out last night with the cause of the fire still being investigated.

The fire quickly spread around dry grassland among the sand dunes.

Members of the fire service rushed to the scene and spent more than an hour dousing the area.

A large area of grassland was left scorched as a result of the fire.

People evacuated the beach as the smoke spread across the area while local campers and some people in campervans moved their vehicles as a precaution.

As the dry spell continues, people are being urged to take the utmost care when lighting barbeques and disposing of cigarettes. 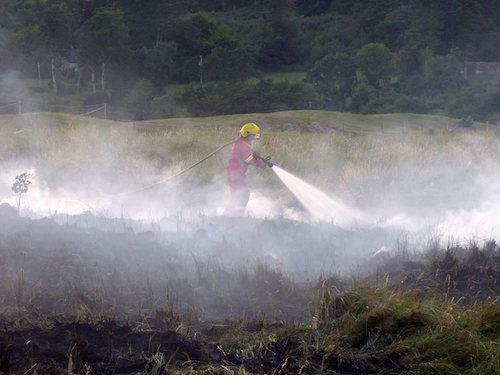 The flames are doused at Kinnegar Beach. Pic by Rathmullan Donegal Facebook page.