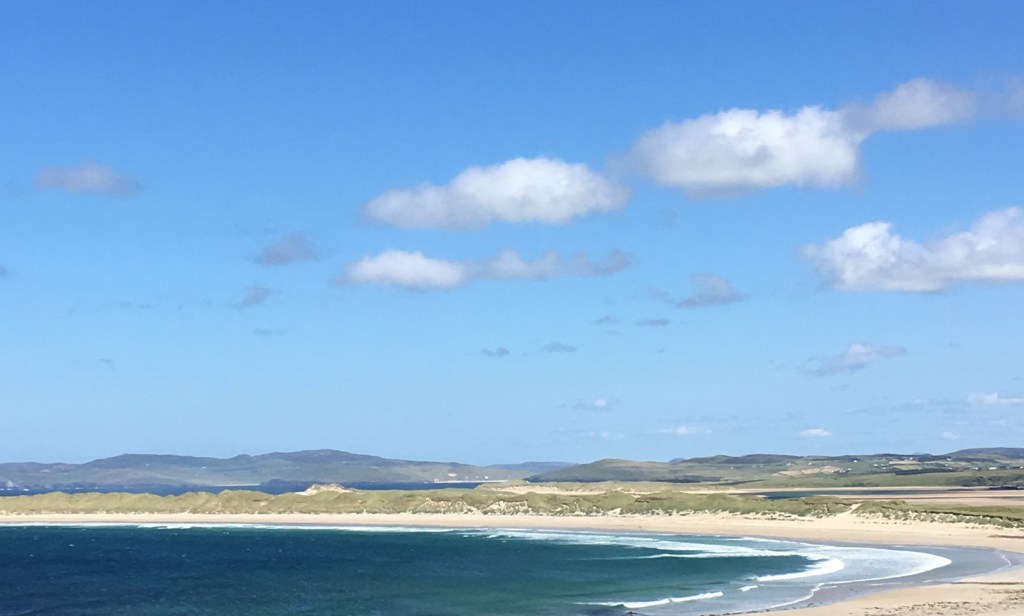 Donegal businesses on a high from the good weather

The good weather has been with us for almost six weeks now and with no signs of the sun going away, businesses in Donegal have said that trade is flying.

In recent weeks, beaches, bars and adventure camps all over the county have been jam packed with tourists visiting from all over the globe.

Businesses are said to be at the busiest they have been in a number of years with many factors aiding to that. The improving economy as well as The Irish Open taking place in Ballyliffin have both added to the benefit of the sun and increased the amount of people coming to visit furthermore.

So far the whole of the county has seen the influx of visitors, with the Wild Atlantic Way proving to be a very popular destination for holiday goers. Steven Laughlin, a member of staff of the Allingham Arms Hotel in Bundoran said: “Everything has picked up massively so far this summer.

“We’ve been very busy over the last few weeks, Bundoran is definitely seeing a lot of tourists.

“There’s a lot more people coming in earlier in the day as well to get away from the heat for a while. You see lots of people on the streets during the day and our weekends were busy anyway so I suppose they’re that bit more frantic now.

“It’s only the beginning of July but to us it feels like mid-August with the amount of tourists that are here,” he concluded. 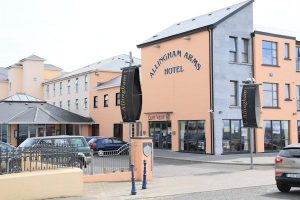 The Wild Atlantic Camp in Creeslough has also seen a surge in tourists, with the centre reaping in the rewards of all the hard work that has been put in to construct it.

The camp offers tents and accommodation on site as well as a host of activities for children and adults alike. Hugh O’Donnell has worked on the camp over the past few years and he said that the number of people coming to Creeslough to stay on or use the camp are higher than ever before.

“People are delighted to get the good weather and get down here and relax.

“The playground which is free to use has been packed all week and the kids love to use it or play football on the astro-turf.

“The pitch and putt and foot-golf courses have been busy too so its great to see. Nearly all the accommodation has been booked out already which is ideal really.”

O’Donnell went on to add that it’s brilliant for the town of Creeslough to see tourism numbers like what they are currently witnessing.

In Ballyliffin it’s even busier, partly due to the major crowds of people who are travelling to watch The Irish Open taking place but also due to the beautiful scenery available.

Nancy’s Barn which is the closest restaurant situated on the route to the Ballyliffin golf is currently extremely busy as the summer season gets well and truly underway.

Speaking to Johnny Paterson, a member of the staff at Nancy’s Barn, he said: “I suppose business has doubled since last year, the place is packed nearly all the time.

“We’ve had to set up a marquee as well to deal with the amount of people that are about. It’s only early days but if the weather continues it will be a brilliant summer,” he concluded. 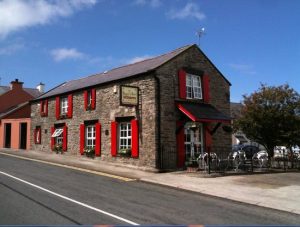 All of the beautiful beaches around the county have received large crowds of people relaxing and sun-bathing so far with Rossnowlagh beach being no different. The surf school that runs on the beach has also seen the benefits of the good weather with large amounts looking to get involved in water sports.

James Garvey who works as a member of the Rossnowlagh Surf school said: “The weather really brings people out, it’s great to see so many families around Rossnowlagh and even better to see the beach packed.

“This is the best weather that we have had over the last five years and many more people are willing to go outside and have a bit of fun because of that.

“For business it’s been brilliant. We’ve been really lucky because not only have we had good weather, we’ve had good waves too so it’s lovely to see,” Garvey finished. 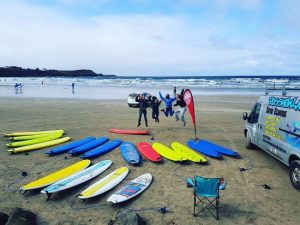 The weather has worked wonders so far this summer in getting people out and about to celebrate the beautiful views and scenery that Donegal has to offer.

With Met Éireann suggesting that the heatwave is expected to continue, it’s looking more and more likely that we’re going to have to get used to these high temperatures.