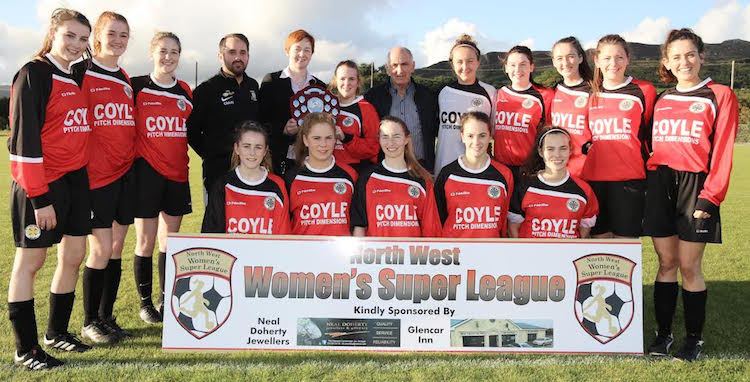 The final games in the first series of the North West Women’s Super League take place this evening.

The top four has all-but been secured, with Lagan Harps needing a big swing of goal difference were they to knock out Illies Celtic.

Illies are 15 goals better off than Lagan as the teams head into the final night of games and it would be most unlikely for that to swing.

Greencastle, Bonagee United and Fanad United have all mathematically secured their places in the top four.

Greencastle lead the way with 15 points with Bonagee and Fanad two points behind.

Bonagee are away to Lagan this evening while Greencastle go to Carndonagh and Fanad are in Moville.