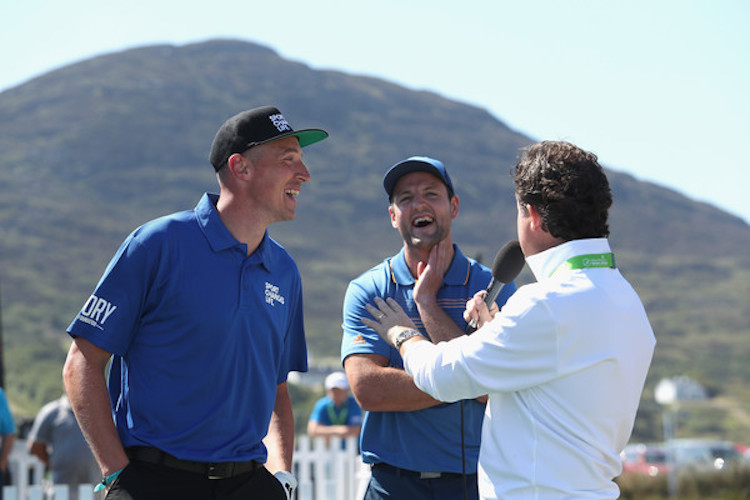 Before teeing off, the duo took part in a unique ‘GAA Target Challenge’, alongside Irish golfers Shane Lowry and Paul Dunne.

“He is absolutely royalty,” Donaghy said of Murphy, who is a good pal off the pitch despite being intense rivals on it.

“It’s like walking around with President Obama when you’re with him!”

Murphy and Donegal overcame Donaghy and Kerry in an All-Ireland quarter-final in 2012 on Donegal’s way to winning Sam Maguire.

But two years later, Donaghy scored one of the goals when Kerry defeated Donegal in the All-Ireland final. 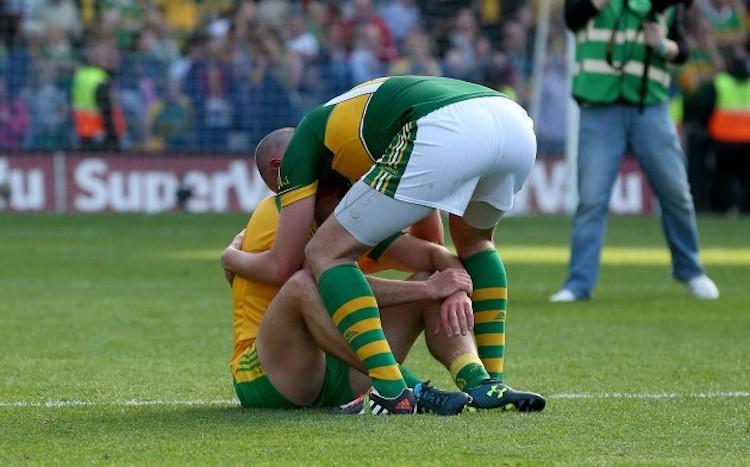 In 2011, Donaghy and Murphy were team-mates in the Irish International Rules side that defeated Australia 130-65 on aggregate after tests in Melbourne and Gold Coast.

Donaghy said: “I’ve been lucky enough to be on same team as him. We had a good time out in Australia.”