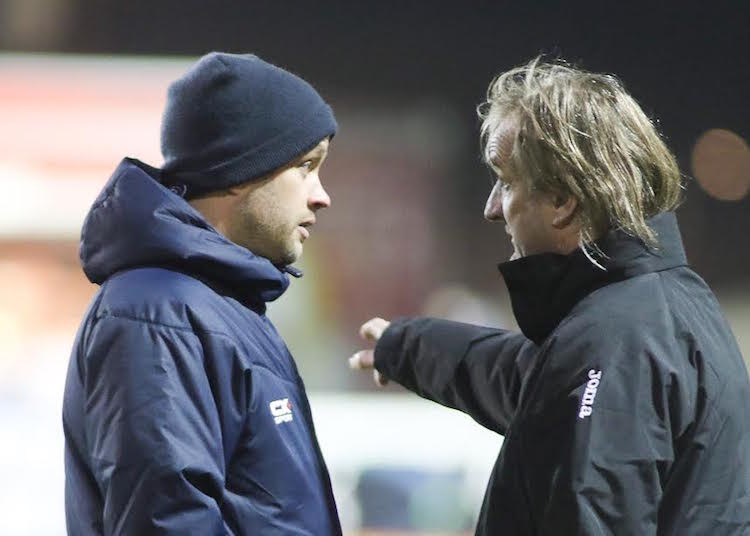 Tim Clancy believes Drogheda United are still smarting from a defeat at Finn Park in May ahead of tonight’s meeting with Finn Harps at United Park.

Keith Cowan and Ciaran O’Connor netted in a 2-1 win for Harps in Ballybofey after Sean Brennan’s goal for Drogheda.

“We lost last time away to Harps where we should’ve had the game won by half-time,” Clancy said ahead of tonight’s game

“I don’t think the players have forgotten that and hopefully that’ll inspire them to get a positive result on Friday.”

Conor Kane is a doubt for Drogheda – who are second in the table – but both Jake Hyland and Sean Brennan will return from suspension.

Clancy said: “It’s just so tight at the top, the picture seems to change every week. It was a bad night for UCD but it was a massive result for Longford which keeps the pressure on us to stay in second place.

“We want to be looking up rather than looking back at what’s behind us but it can all change so quickly.”

The Drogs ended a run of successive defeats with a hard fought 2-1 victory over Cobh Ramblers last week.

Set-piece goals from Ciaran Kelly and Luke Gallagher sealed Drogheda’s 10th win of the campaign much to the delight of Clancy.

He said: “We needed that result and it was exactly what we deserved.

“I thought we were a little off with our passing early on but that’s probably down to the mid-season break and we settled down quickly.

“It really was the least we deserved after all the bad luck over the last few weeks.”

Drogheda looking for revenge for Harps reversal as promotion chase hots up was last modified: July 6th, 2018 by Chris McNulty