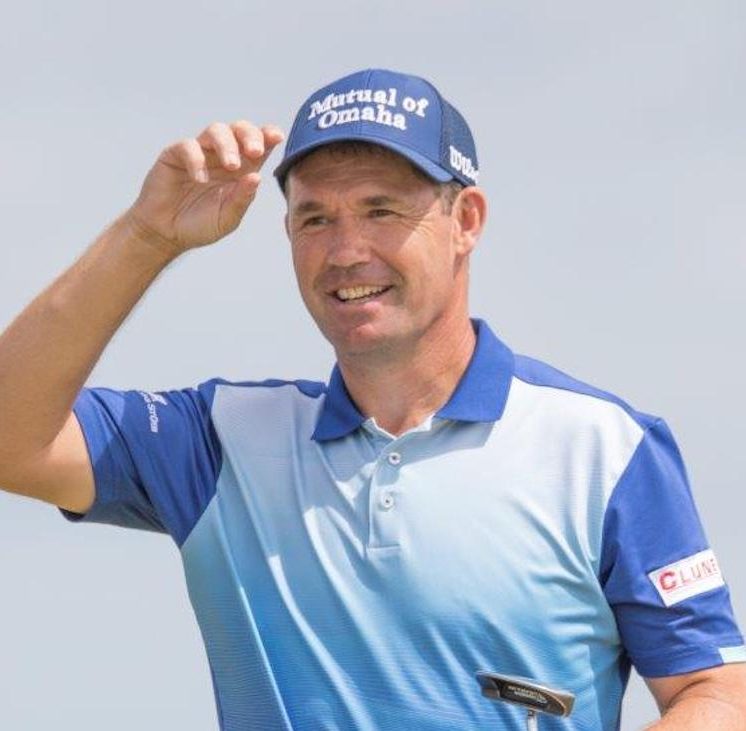 Padraig Harrington looks to upset the generous odds in Ballyliffin

Earlier in the week in Ballyliffin, Padraig Harrington observed that he was ‘good value’ in the market for this weekend’s Dubai Duty Free Irish Open.

By Chris McNulty in Ballyliffin.

Harrington – pictured by Joe Boland, North West News Pix – might be ranked 268th in the world and has missed the cut seven times in 12 events this year, but an opening day 68, four under par, has Harrington just one shot off the clubhouse leader, Ryan Fox.

Harrington was priced at 66/1 for the win before teeing off, but a fine opening round, including an eagle, three birdies and a bogey, have the 46-year-old firmly in the shake.

“There’s not often there’s value in my game,” Harrington said.

“The bookies in Ireland would make sure they cut you to a low price knowing that sentimentally people would back you.

“I was surprised, the bookies don’t normally get it wrong, but to put me out there at 66 to 1 on a links golf course was strange at their part, at home in my home country.

“My performances always go up when it comes to a links course. Maybe that says I’m even worse than I thought.”

Harrington was one of six players to card a four under opening round and is the best of the Irish heading into the second day.

A chip-in eagle having used the driver off the tee, on the 17th, his eighth hole, was the highlight of Harrington’s round.

He said: “I needed momentum at that stage. I played well early on and a couple of things, 15, I played really badly and maybe things were starting to get away from me and just to chip-in and get myself under par, I felt like I should have been under par at that stage.

“It’s always nice, you know, on a links golf course to be under par, have one in the bank, so you always feel like you can go forward from there.

“If you’re a couple over par, you’re kind of saying, well, where are they going to come from; when am I going to make some birdies. It was big in terms of momentum.

“I hit two wild shots on my ninth and 10th holes. You know, I was lucky.

“They were very playable from where I hit them, and you know, the first hole, actually, I hit a bad second shot but in the bunker, which actually, one of the happier shots for me of the day.

“I played a nice pitch-and-run out of the bunker up the tier, which you don’t get to play those shots too often, so I was quite chuffed about that one.”