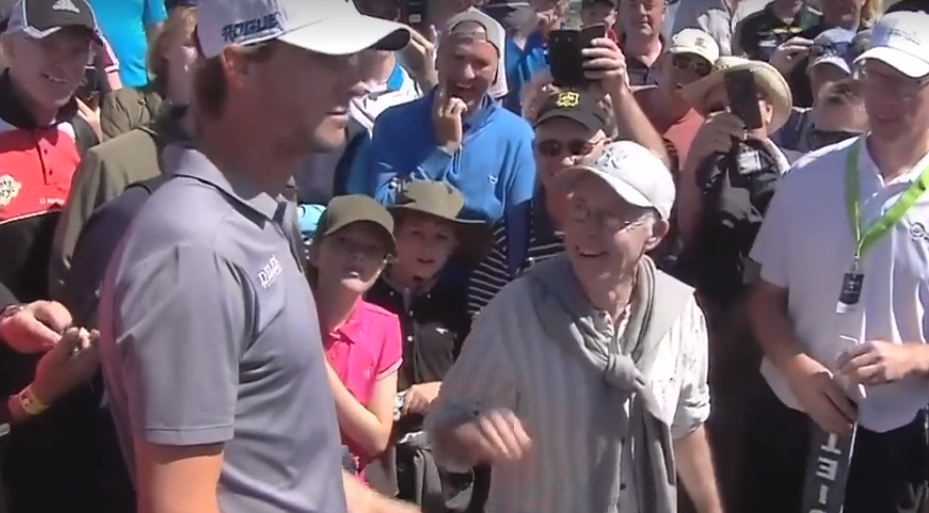 Ballyliffin produced one of its most incredible surprises of the Irish Open in one astounding event.

Belgian competitor Thomas Pieters drove his ball far left towards the gallery at the par-4 ninth yesterday. Where the ball ended up was a one-in-a-million outcome. A spectator was stunned to collect the ball in his pocket!

This is a moment that has to be seen (rewatched again and again) to be believed.

Surprise of the Day – Pieters and the Pocket

The happy fan took the moment in his stride. When Pieters asked him how it all happened, the fan responded, “You’re the guy who hit it, you tell me!”