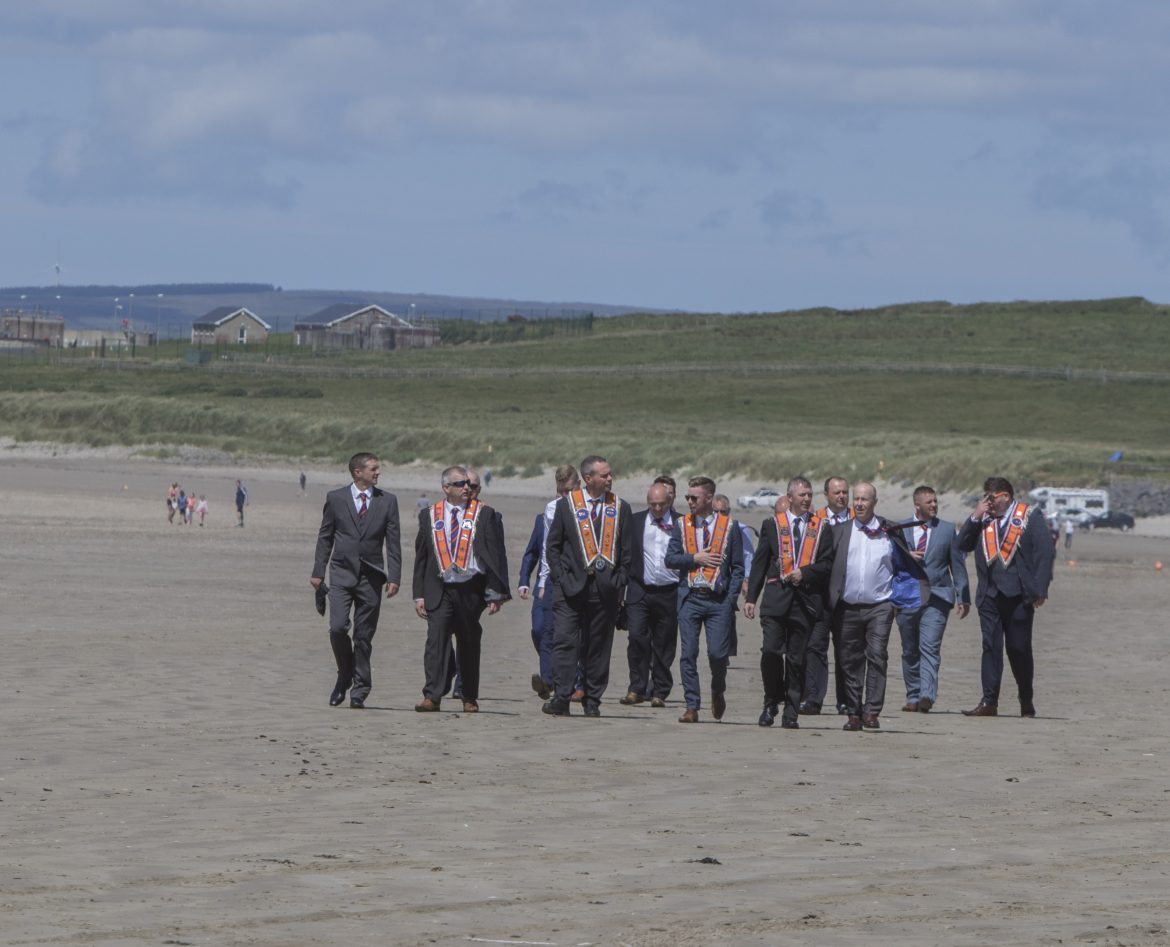 More than 50 Orange Order lodges from across Ireland joined brethren from Northern Ireland for the ‘Donegal Twelfth’ at Rossnowlagh yesterday.

The seaside village played host from bands and members from Donegal, Cavan, Leitrim and Monaghan joined lodges from Fermanagh, Derry, Antrim and Armagh to march from St John’s Parish Church to the demonstration field just yards from the shoreline of Rossnowlagh beach.

There they heard from Stuart Brooker, Assistant Grand Master of the Grand Orange Lodge of Ireland and Co Donegal Grand Master, David Mahon.

Among those in attendance was DUP leader Arlene Foster who said the day was always very special.

Yesterday marked the start of the Orange Order’s marching season and the only major march to take place in the Republic of Ireland.

The Twelfth in Donegal has been held in Rossnowlagh since the 1900s and has taken place every year since 1978.

It is traditional to hold the parade on the Saturday before the main Twelfth parades, meaning lodges can also attend marches in Northern Ireland.