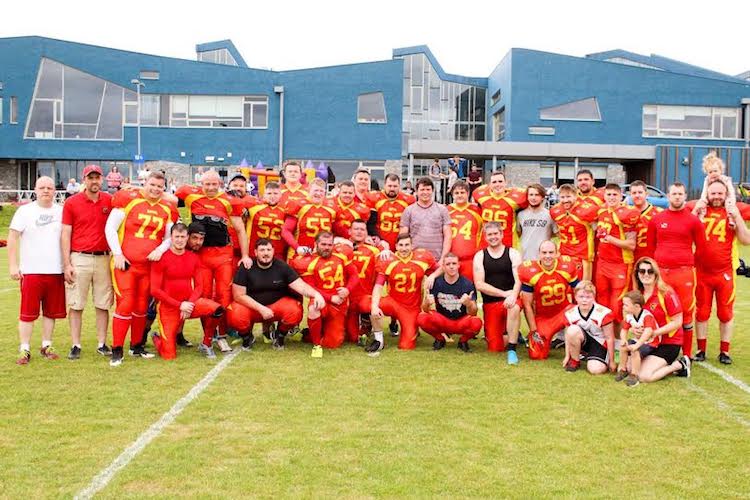 The Donegal-Derry Vipers’ third annual Letterkenny game ended in the Vipers seventh win of the season but the team gained a lot more from the game than that.

Once more, set against the backdrop of Colaiste Ailgh The Vipers, who are newly crowned IAFL1 North Champions, battled a hugely underrated Jets team.

Having blown The Galway Warriors away 53-6 just last week The Vipers knew fatigue and injuries may play their part as they finished out a tough regular season schedule. The goal was to improve on last season were they finished 6W – 2L and at 6W – 1L going into the game the pressure was on to make that goal a reality.

It was an absolute battle and one that had to be won after going down 0-3 in the first quarter. In an opening drive for the Jets, flags littered the field and whilst the Antrim men neared the end-zone the Vipers defence stepped up to stop the drive. A Field Goal from 20yards out was converted by The Jets to put them up 0-3.

A scrappy game ensued, a battle of big hits and broken bones and whilst it wasn’t what The Vipers planned for it may well have been exactly what they needed as they barrel towards a tough Semi-Final against either the Westmeath Minotaurs or The West Dublin Rhinos.

The Vipers offence stuttered and stopped on a few drives and whilst the defensive play from Paddy McGlynn and Peter Farrell kept the Jets from scoring again the game became a war of attrition.

Its wasn’t until late in the second quarter that The Red & Gold scored their 1st points of the game. From the 35 yard line QB Danny Mullan found Tight-End Ruairi Bradley for the TD after a 30 yard past finished off with hard fought five-yard run. Gary Melly added the XP and The Vipers ended the half up 7-3.

The half time events which included a competition draw, music, free Pizza and family fun added a great atmosphere to the event. It was a great promo for the event and the sport and Chairperson Frieda Gallagher worked tirelessly with Colaiste Ailigh, Kernans Group, Community Recycling Initiative, United HealthCare, Pats Pizzas and Callaghan Electrical to ensure the day went well.

The second half continued in the same vein as before and the defence would keep the Jets offence quiet the rest of the game. Darren Quinn stepped up with an interception, his second of the year and Peter Farrell was his usual bullish self. The Tyrone man is quickly establishing himself as one of the best defensive linemen in the league.

Despite some pressure from The Vipers offense, who were missing at least three of their biggest offensive weapons, they wouldn’t score again. A resolute Jets team fought with every fibre of their being to stay in the game knowing a defeat would end their playoff hopes.

But up once more stepped The Vipers defense. Having ground the Jets down after an early Jets score they added a little flair to their tough and powerful performance. Paddy McGlynn, in his first season with the Red & Gold, popped up with a Pick 6 to top off a truly impressive season.

As The Jets QB telegraphed a pass to the outside McGlynn read his play and with the guile and determination he has show all season took it to the house from midfield. Melly converted the XP and as the game drew to a close the game ended with a Win for The Vipers 14 – 3.

As the game ended both teams came together as one and it was great to see such comradery from both side and whilst The Jets season ended with a loss it ended on a high. They have to take a huge amount of credit for the display they put on against the Divisional Champions.

With that result The Vipers finish as IAFL1 North Champions with a record of 7 Wins 1 Loss for the season. They now get a bye to the IAFL1 semi-final on 29th July at 2pm which will be held at Limavady Rugby Clubs ground as The Vipers have been awarded home field advantage.

They will face either the Westmeath Minotaurs or West Dublin Rhinos who face off in the IAFL1 South Wildcard game on the 22nd July with a chance to come to Limavady to face The Vipers as their prize.

If the Letterkenny game is anything to judge by it’s going to be fantastic. 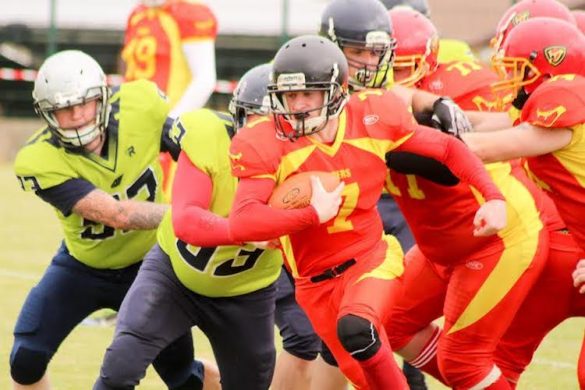 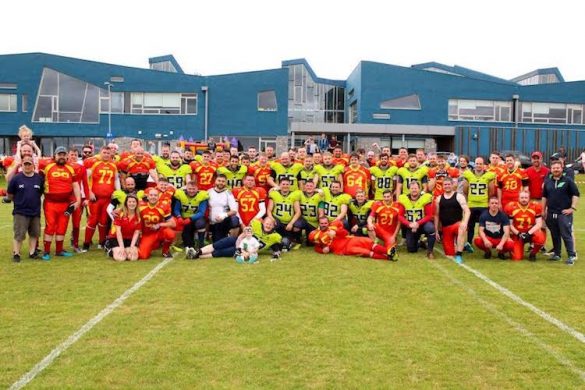 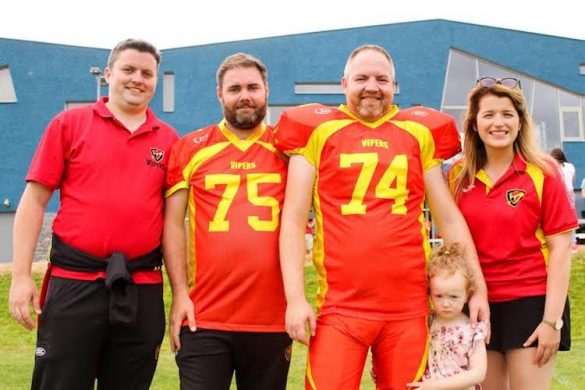 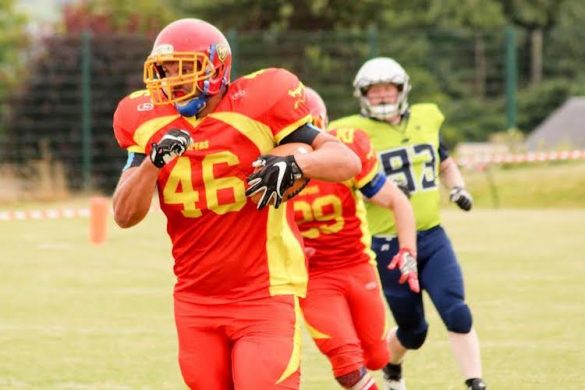 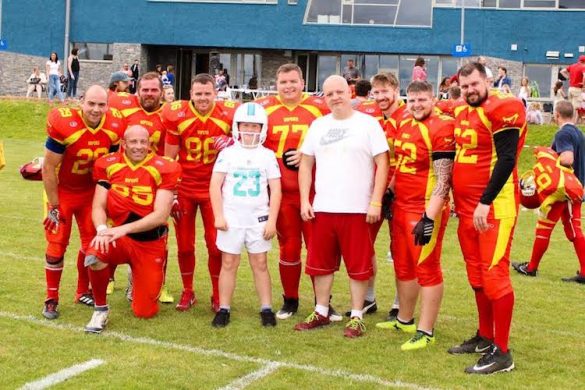 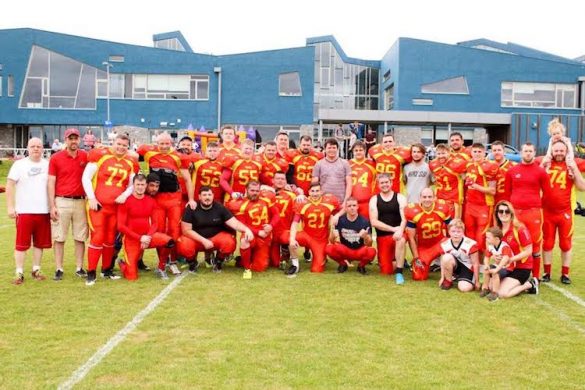 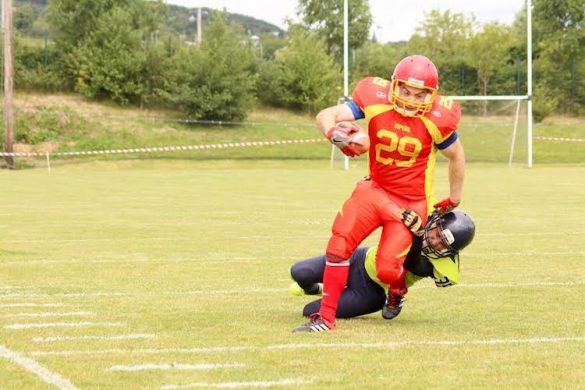 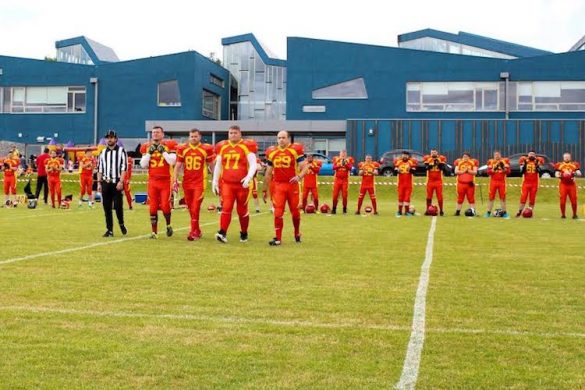 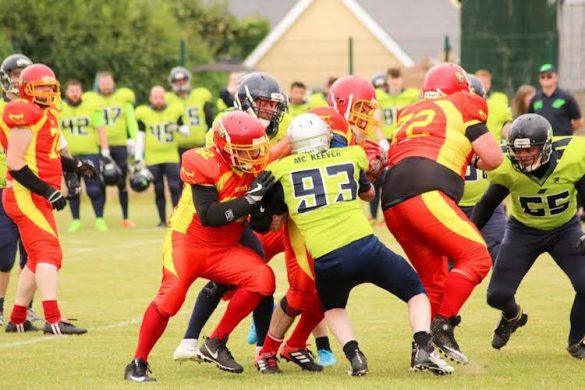