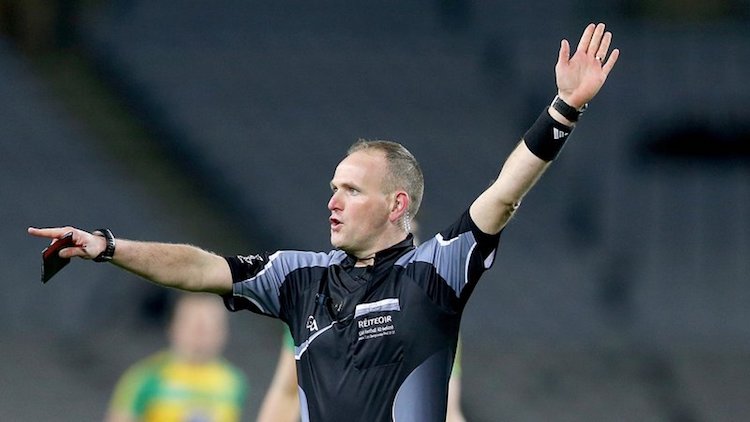 It will be Lane’s second time in the middle for a Donegal game in this year’s Championship. He was also the man who took hold of the Ulster SFC preliminary round game against Cavan in May.

Lane refereed the 2016 All-Ireland final when Dublin drew with Mayo before winning a replay.

With the exception of cruciate victim Patrick McBrearty, Donegal are at full strength for the game against Jim Gavin’s Dubs.

“We’re really looking forward to it, and it’s where you want to be,” Donegal manager Declan Bonner said.

“It’s Croke Park, it’s championship football, and it’s Dublin’s back yard, and that’s where players want to be tested.

“The squad is going to be crucial over the next four weeks. We could be using anything up to 26/27/28 players, that’s just the way it is.

“We’re really looking forward to it. It’s a great place to be in the Super 8s, and we have three games in the next four weeks – let’s get at it.”