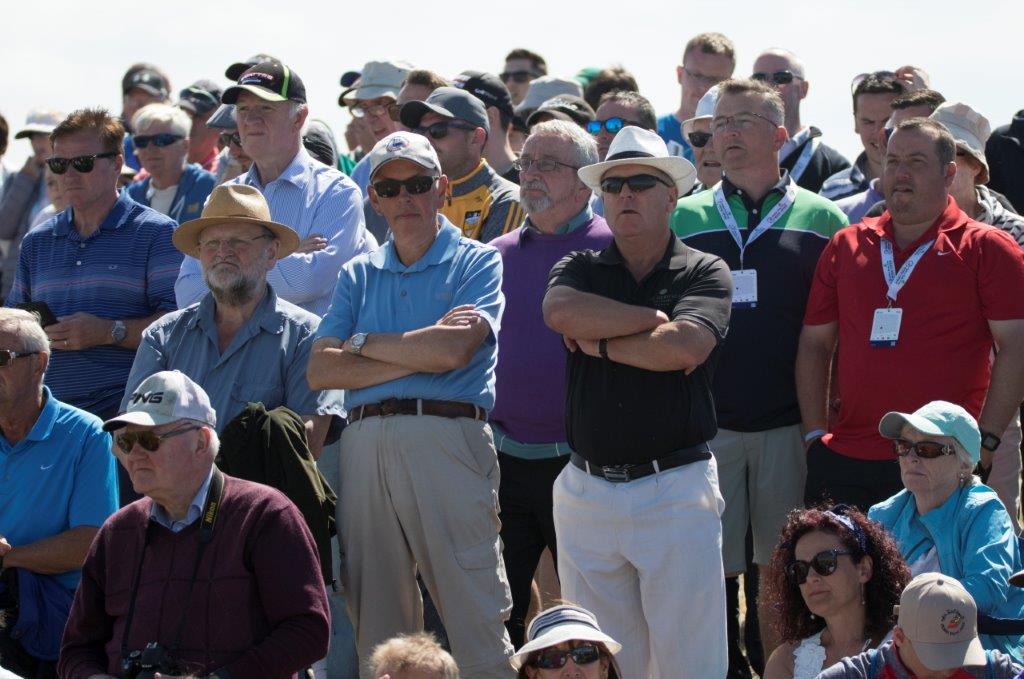 Just over 94,000 people attended the Dubai Duty Free Irish Open in Ballyliffin – and its impact will be seen and felt for quite some time.

From Thursday to Sunday, huge crowds flocked to Inishowen for the four-day tournament, won by Russell Knox following a dramatic play-off with Ryan Fox on Sunday evening.

A final day crowd of 27,000 on Sunday saw Knox edge out Fox in a gripping finale.

“It’s been huge for us,” Ballyliffin Golf Club’s General Manager, John Farren, said. “A tournament of this scale coming to Kildare, Galway, Dublin, it’s just another week in the year. A tournament like this coming to an area like this for the first time, I’ve compared it to Donegal staging the World Cup. This is how big a deal it is in terms of the exposure we’re going to get.

“The Tour and the sponsors are bringing a world-class product to a world-class golf course, there’s no reason in the world why we can’t deliver a world-class tournament that has a long-standing impact economically here. Not just for golf but for tourism in general and for confidence in the county.

“That’s how big this is. Everybody put their shoulder to the wheel in terms of assisting and doing everything they could to make sure that Donegal was ready.”

“We’ve come to a region that’s relatively undiscovered. Its beauty was there for everyone to see and appreciate and we hope we exposed the very best essence of Donegal and the Dubai Duty Free Irish Open,” he said.

“This place is world-class in everything it offers. It now has an incredible locker room facility, an incredible pro shop, fantastic catering, amazing space and God’s great green out there is something you can’t buy.”