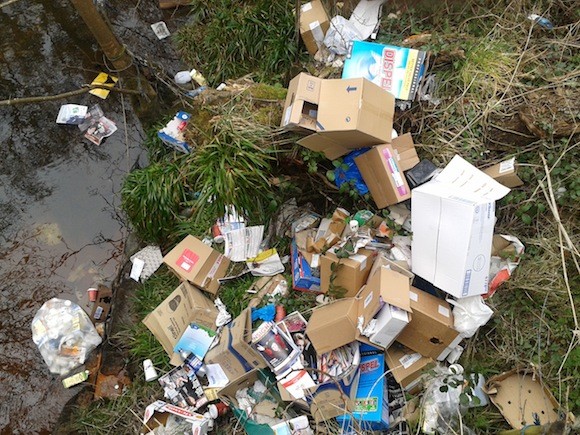 Sinn Fein Councillor John Sheamais Ó Fearraigh has called on Donegal County Council to radically enhance civic amenity sites and recycling facilities across the county in an effort to encourage the public to recycle more and to deter illegal dumping.

Cllr Ó Fearraigh, who is expected to table a motion on the subject at the next meeting of Donegal County Council, says that the local authority needs to do more if it is to successfully tackle the problem of waste being disposed of illegally.

Cllr Ó Fearraigh said “Thanks to RTÉ and the fantastic undercover journalism undertaken by its ‘Investigates’ programme, we’re all too aware of the problem of illegal dumping happening here in this county.

“And while this problem is down to the shameful and criminal actions of a small minority of individuals, it is nonetheless incumbent on the local authority to do more to actively encourage the public to dispose of their waste properly, particularly their recyclables.

“While there are a number of recycling points dotted around the county, there is a feeling amongst the public that some of these sites are inadequate, are often unkempt and poorly maintained, and are not adequately monitored to ensure that users are disposing of their waste correctly.

“In Gaoth Dobhair for example, many constituents have reported being unable to deposit their recycling at the local recycling facility due to bins not being emptied frequently with the result that waste often piles up and the bins overflow.

“To make matters worse many people have complained that these sites, while necessary, are often littered and very untidy and many people are discouraged from using them because of this.

“Also, illegal dumping at these sites is not uncommon and question marks remain over the levels of monitoring which is carried out to ensure that all users are adhering to rules and are disposing of their recycling responsibly.

“This is why I will be tabling a motion at the next meeting of the council calling on the local authority to carry out a review of its existing facilities with the view to increasing the services currently being offered, including examining the possibility of extending the number and types of materials which may be recycled.

“My motion will also seek a plan being adopted by the council to urgently clean up existing civic amenity sites, and to introduce greater levels of monitoring at these sites in a bid to crack down on illegal dumping.

“I have no doubt that, should these measures be approved and implemented, then together we can greatly reduce the scourge of illegal dumping throughout the county while further incentivising the general public to correctly dispose of their household waste and to increase their individual levels of recycling.

“That’s why I am calling on all Councillors to back this initiative and to support my motion.”