Four young Donegal footballers played in an exhibition game at Croke Park today for the visit of Prince Harry and Meghan Markle.

Killian Rushe-Gallinagh, Caoimhe McMenamin, Molly McKelvey and Eoin Scanlon – all from the Red Hughs GAA club – featured in the game.

The Red Hughs quartet were among players from all over Ireland to play in the game. 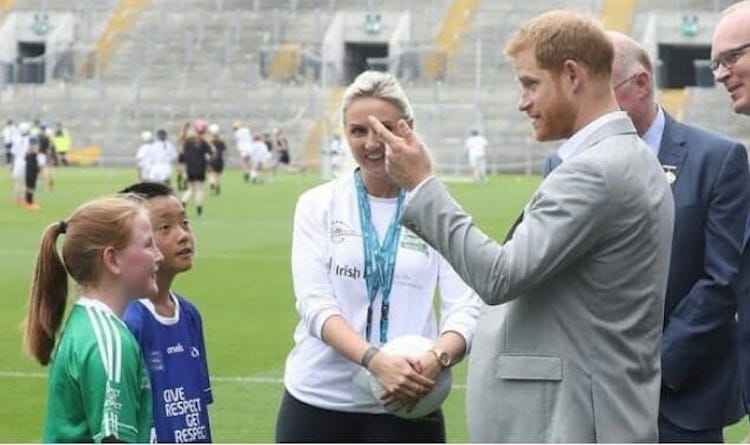 The Duke and Duchess of Sussex were on their first official visit to Ireland since their marriage in May and their trip to Croke Park was part of a busy two-day itinerary in Dublin. 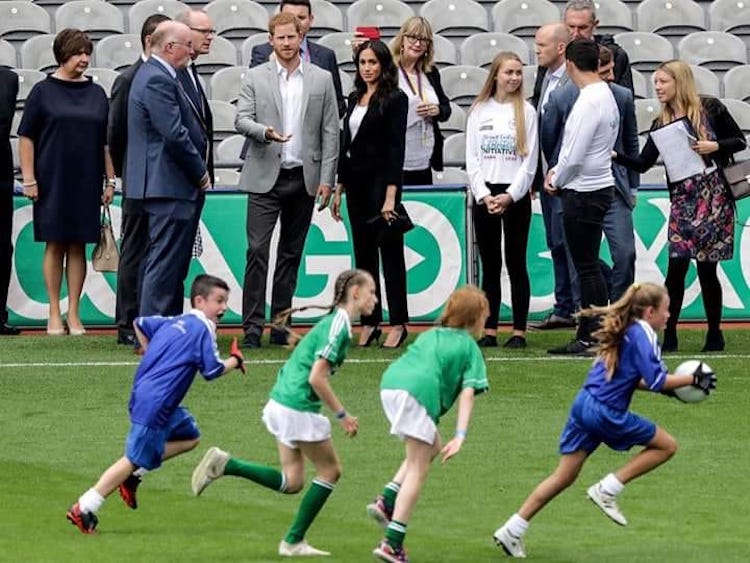