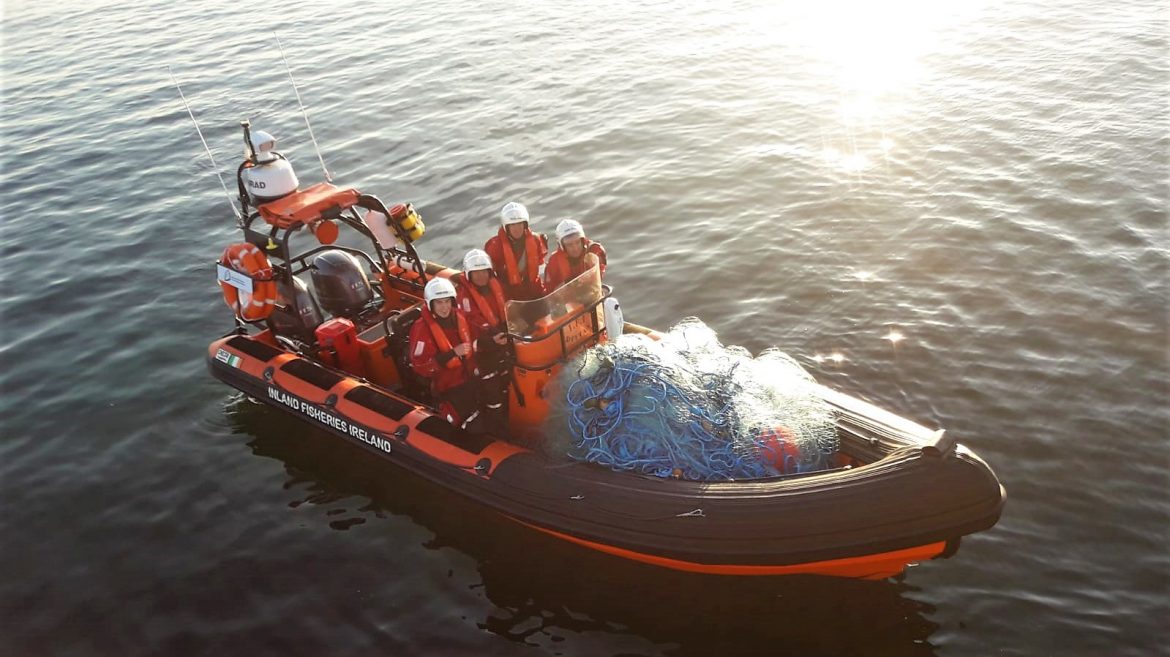 The second seizure occurred at Inisbeg Island later the same day while Fisheries Officers were conducting sea patrols along the North West coast of Donegal. Two drift nets, measuring 600 yards and 500 yards respectively, were located drifting east of Inishbeg Island and were seized together with two salmon.

The Fisheries Officers were utilising the first of a new fleet of 7.8 Delta RIB boats recently commissioned by Inland Fisheries Ireland and officially launched by the Minister of State for Inland Fisheries, Sean Kyne and Joe McHugh TD, Minister with responsibility for Gaeilge, Gaeltacht and the Islands in Rathmullan, Co. Donegal last month.

“The value of prompt and accurate information from concerned members of the public who report instances of suspected illegal activity or pollution alerts cannot be overstated. Information may be passed directly to local Inland Fisheries Ireland staff or by phoning our confidential Hotline number on 1890 34 74 24 or 1890 FISH 24.”