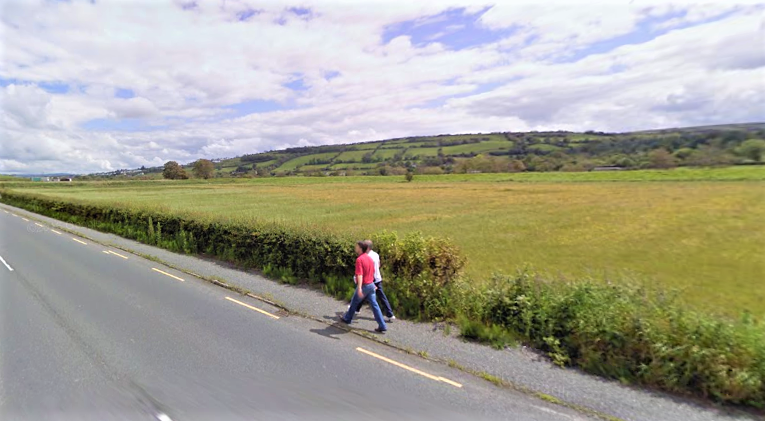 A footpath leading to one of Letterkenny’s main graveyards has been described as a hazard for pedestrians.

Cllr James Pat McDaid has pointed out that walkers and runners are safer on the hard shoulder in sections of the path to Conwal outside Letterkenny.

Cllr McDaid sought to make the widening of the footpath a priority at this week’s sitting of the Letterkenny MD.

He said: “This footpath has been brought up numerous times. From the speed limit sign to the graveyard is the worst part in New Mills. It is a very important stretch of road that is very busy.

“There are people walking out to the graveyard, running and taking part in road races.

“There’s half a kerb and it’s up and down and a major trip hazard. The hard shoulder is safer than the footpath.”

McDaid stated his intention to make the footpath a priority at an upcoming funding request workshop in September.