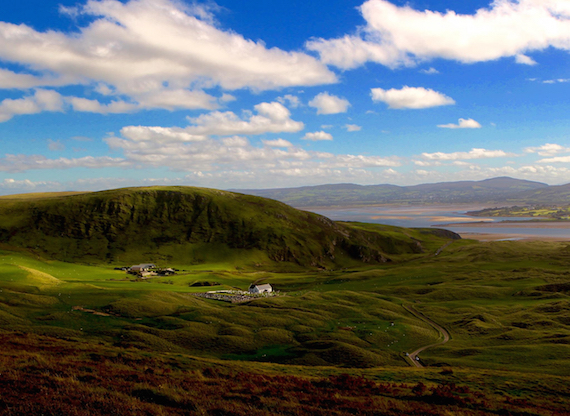 The cameras from Sky TV beamed out amazing images from Ballyliffin Golf Club this week to millions of viewers around the world of the Dubai Duty-Free Irish Open.

The boards went up around the course for ‘Quiet Please’ from the marshals dotted around the greens as the cream of golfers focused on their put.

The 94,000 or so who attended the competition would go pure quiet on these occasions, and the only thing that could be heard in the background was the bar mouth.

The bar mouth is nearby where the Atlantic Ocean flows through a narrow inlet into Trawbreaga Bay which lies between Malin and the Isle of Doagh.

My father told me and my brothers about the bar mouth when we spent our summer holidays not far from Ballyliffin (as the crow flies) across at The Five Finger Strand. There we could hear the roar of the bar mouth as the ocean flowed in and out of the bay.

Our Holidays were different from them in the glossy holiday magazine but were equally as enjoyable. Even getting to our holiday destination was an adventure in itself. 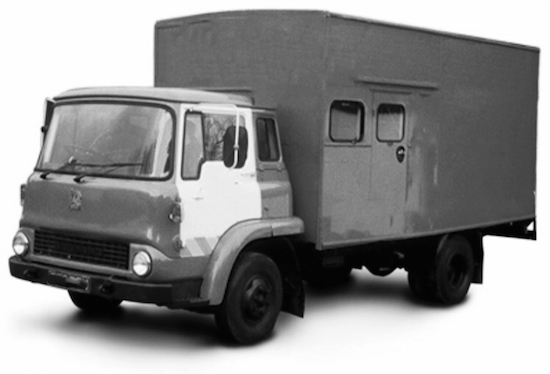 This is what the Old Lough Swilly mail car looked a bit like and was or mode of transport for our holidays to Innishowen from Letterkenny.

When we went on our first holiday we travelled by mail car.

You could say we travelled 1st class, just like all the other letters and post that travelled the journey with us. Lough Swilly Railway still had the job in the 1970’s of delivering the mails from post office to post office in our part of Donegal. An old rattly green TK Bedford truck was the mail car which had a seating section in at the front of its cargo area designed to carry about six passengers.

It got the name mail car because that’s what it was called when it was part of the Lough Swilly train that carried the post until 1953 when lough Swilly closed their lines.

My uncle Pat McDaid worked for Lough Swilly and it was him who organised our transport on the mail car to head on our holidays.

“Behave yourselves now, because this driver is a very cross man”, our Uncle Pat warned us as he made sure the door was locked as we departed from the station. The driver’s name was Mr. Dolan, turned out he wasn’t cross at all, just my uncle’s way of making sure we behaved.

The mail car set off from the old railway station in Letterkenny at 6 A.M. on a summer’s Monday morning. Our luggage was sent on ahead of us with my father who drove a truck for the ESB and was stationed in Inishowen for the summer. That was the real reason we were going on holidays at all. The mail car was loaded up with the post for all of Innishowen with a stop in Buncrana and then on to Clonmany and on to Carndonagh via Ballyliffin. Just before we got as far as Carndonagh my father met us in the ESB truck and took us the final part of the journey to Lagg just outside Malin Town.

Ever so often Sky TV would zoom out from the Irish open over the weekend and over the beautiful coast of Donegal I was hoping to see the sand dunes of Lagg along the seashore of the five finger strand just up the coast a bit.

Those sand dunes were once considered among the highest in Europe. The summer that we spent on our holidays in a caravan in the dunes was an adventure of a lifetime. We were the only ones allowed to camp their because the landowner James Quigley was best friends with my father. 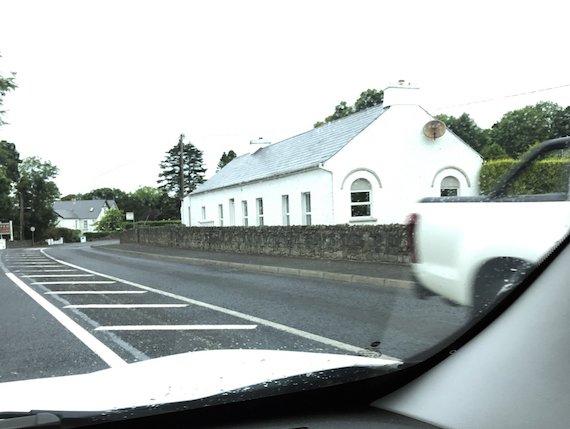 The small house along the road side in Fahan below that Nazareth House which we never would look into in case the nuns would see us. Photo Brian McDaid.

James once had caravans in the dunes but it became to much bother so he closed the land off to holiday-makers. So that summer we had the dunes in Lagg to ourselves, That’s if you didn’t count the thousand sheep that James Quigley had grazing there.

We spent seven weeks on James Quigley’s farm and we went everywhere with his children. To the bog, dipped the sheep, sheared the sheep, went to the mart in Carndonagh (or Carn as the locals called it), We travelled everywhere on the back of a trailer. Our most memorable trip was getting the wool all gathered up after shearing and heading to Ballyliffin on the top of a load of wool, It was the oddest sight to see the old Atlantic Ballroom in Ballyliffin full to the roof with bags of sheep wool ready to be transported out of Donegal. Even to see a lorry from near home, Mc Faddens of Breenagh arriving to transport the wool away was odd for me as a child who considered himself to be hundreds of miles away from home. 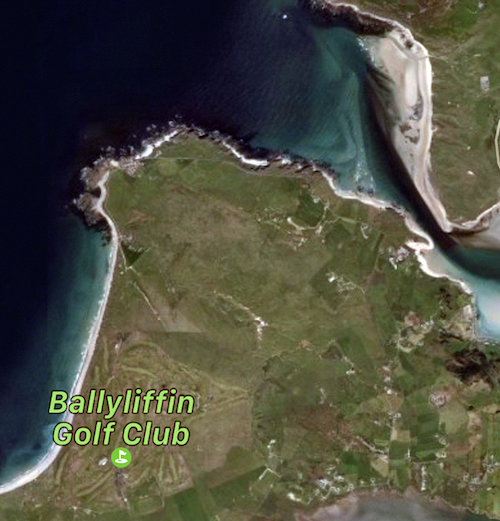 Ballyliffin Golf Club, The Bar Mouth and The Five Finger Strand at Lagg near Malin

Working in Ballyliffin this week I noticed a picture in the clubhouse of the first captain at Ballyliffin dated 1947. If that’s when the golf course started that’s same years that the Lough Swilly Railway were starting to close down most of their far-reaching railway lines, that of Carndonagh and Burntonport. On an old map of Ballyliffin I see where the Lough Swilly Railway passed straight through the middle of the village on its way from Derry to Carndonagh, How handy it would have been for the weekend of the Irish Open. Years ago the train could well have been the method of transporting wool out of Donegal or even rabbits were big business and flourished in the sand dunes before Myxomatosis wiped them out. 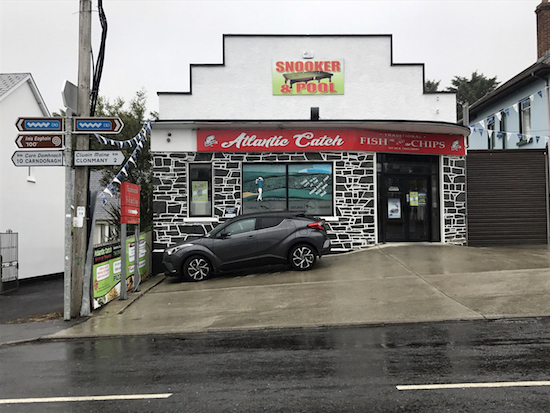 The Old Atlantic Ballroom in Ballyliffin now a traditional fish and chip shop but once the old hall in the 1970 for collection wool. Photo Brian McDaid

The world media gave a massive thumbs up to Inishowen and Co. Donegal this week but for me they didn’t have to sell it. Summers up there were Daniel Doherty’s Bread, Grants Ham and Harvey Stewart’s home-grown tomatoes from his greenhouse outside Malin Town… Paradise.