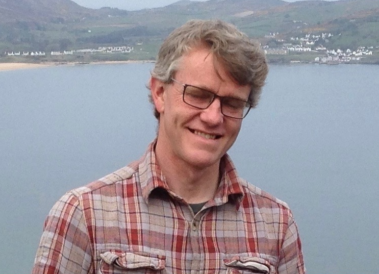 A leading Donegal environmentalist has slammed the Government for their backing of the Heritage Bill saying their support for the legislation is a dark day for the environment and bio-diversity locally.

Aengus Kennedy, of Nature North West, called out Government Chief Whip on the issue saying his support for the legislation is a dark day for the environment and bio-diversity in Donegal.

The new Bill will allow for the burning of heather and gorse in March and hedge cutting in August under a pilot project for the whole country.

Mr. Kennedy said that as Government Chief Whip, Deputy Joe McHugh has been totally powerless when it came to protecting nature and endangered species of wildlife by backing the new Heritage Bill.

He told the Tirconail Tribune “It is one of the worst measures ever for wildlife and the endangered species of this country and is in total contradiction to Minister McHugh’s actions in supporting the Green Schools Initiative in Donegal.

“I expected much more by way of his support on this issue and we are bitterly disappointed with his vote in the Dail to support measure that will prove to be counter-productive and a disaster for all aspects of nature. Does he not realise that his vote has been very damaging for the entire bee population in Ireland?” queried Mr. Kennedy. 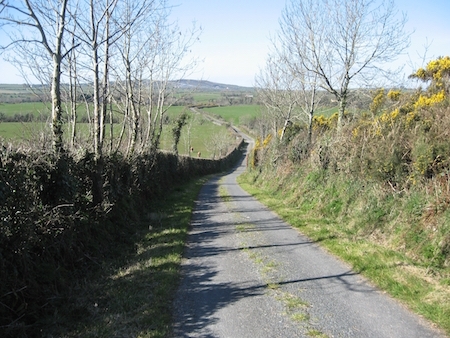 A roadside hedgerow near St. Johnston

He said that Joe McHugh’s support and vote for the Bill is totally contradictory to his actions in going into schools educating and informing pupils about wildlife protection and awareness, raising flags for bio-diversity, the protection of natural habitats and a better environment for all.

Mr. Kennedy was commenting on the adoption of the Bill during his nature talk and bat walk during the Lennon Festival Ramelton at the weekend.

The environmental protection groups claim that the new measures will critically endanger birds that are just starting to breed and will also impact bees that depend on gorse as a food source. But questions remain unanswered about the scientific basis to justify the need for this legislation and how other species dependent on hedgerows throughout the year can survive the new regulations.

Environmentalists claim that over-management of hedgerows is one of the biggest problems facing species that live in this habitat type. The practice of annual cutting using a mechanical flail creates a uniform and species-poor hedgerow that is of little value to wildlife. Mechanical flailing also makes the option of leaving selected saplings to become hedgerow trees much more difficult.

Environmental Pillar Spokesperson and author of Whittled Away – Ireland’s Vanishing Nature, Pádraic Fogarty, said: “While the provisions of the Bill for roadside hedge cutting in August still require clarification, as it stands landowners will be allowed to self-define road safety issues as they deem fit.

“This will result in severe consequences for late-nesting birds, such as the endangered yellowhammer, and pollinators who depend on hedgerows for food.
The passage of the destructive Heritage Bill through the Dail marks a dark day for Irish biodiversity,” Ireland’s leading environmental coalition has said.

The Government’s Bill was voted through last week with the support of Fianna Fail despite widespread opposition from all other parties, environmentalists, conservation groups and farmers working together with biodiversity.