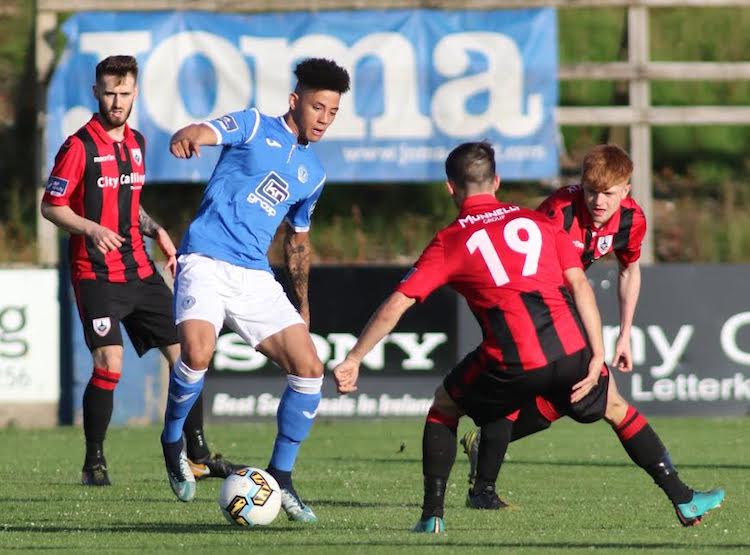 19-year old Sobowale, a Waterford native whose signing was announced by Harps just over an hour before kick-off netted in the 77th minute to put the icing on the cake for Ollie Horgan’s men.

Picture: Mikey Place in action for Harps against Longford Town

Sobowale tucked home after Mikey Place dribbled into the box and cut back. Sobowale finished to the Town End net, adding to the earlier goals from Nathan Boyle and Mikey Place as Harps moved five points clear of the pack chasing the play-off spots.

Only goal difference has Drogheda United ahead of Horgan’s men in second spot as the promotion race intensifies.

Harps ‘keeper Ciaran Gallagher had a pretty stress-free night at the office and a third clean sheet in a row represents one of the evening’s more impressive statistics for the home side.

Boyle gave Harps the lead in added time at the end of the opening half.

Jacob Borg, Harps’ new Maltese signing who was making his first appearance, swung in a delicious cross from the left-hand side and Boyle rose superbly to flick a header beyond Mick Kelly, the Longford goalkeeper.

Harps had started with a good purpose, with Kelly denying Place with his legs after Jesse Devers’ shot cannoned down off a defender.

Devers was denied soon after when put clear by Sobowale, who saw a powerful shot charged down on the half-hour mark. 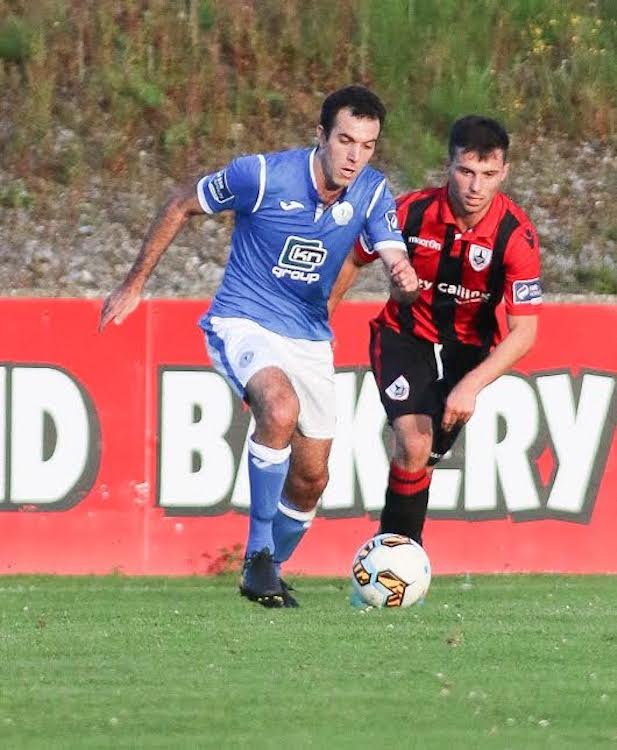 Jacob Borg, who made his debut against Longford Town

Longford were without their top scorer Sam Verdon through a suspension, but the midlanders were able to include new signings Dean Dillon and Craig Walsh in their XI.

Neale Fenn, the Longford manager, threw on former Harps attacker Darren Meenan at the break in a bid to get back in the tie.

But it was Meenan who dragged down Ciaran Coll in the area for the 61st minute penalty that Place fired past Kelly to double the lead.

Harps could have been three up at that point, but Place – after being picked out by a wonderful Boyle pass – volleyed wide in the early minutes of the second half. 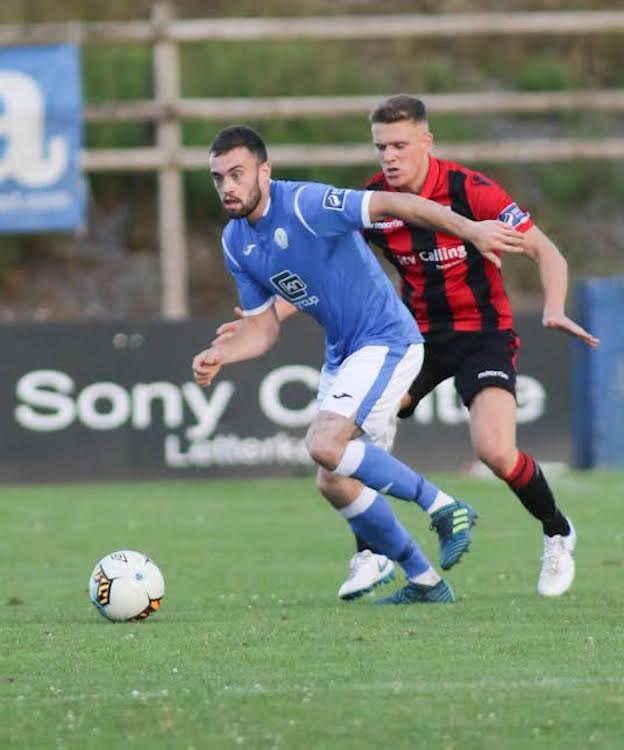 Horgan gave debuts to Borg and Sobowale, whose paperwork was processed this week.

Maltese international Borg and Sobowale – who played for Horgan for the Republic of Ireland Schoolboys teams – lined out in the Harps engine room in the first appearances in the blue and white, while Tommy McBride was restored having returned from a suspension.

Harps were without Paddy McCourt, through the knee injury he picked up in last Friday’s 1-0 win at Drogheda United.

Lee Toland dropped to the bench, while Mark Coyle was deemed fit only for a place among the subs – though he was thrown into the action early when Jesse Devers hobbled off in the 13th minute.

Coll was back in the Harps line-up having missed last week’s game as he was on holiday, but Gareth Harkin missed out as he is in Spain at a wedding.

Harps had a couple of hairy periods in the first half, with Karl Chambers shooting over the top in a decent opening for the visitors while Dylan McGlade – who had scored twice in Longford’s 4-2 win here last month – saw a free kick deflect off the top of the Harps wall and fly to safety.

Once Boyle gave Harps the lead, it always seemed they would get their win. Place’s penalty and Sobowale’s strike made it safe and another home tie, against Shelbourne, awaits next Friday.