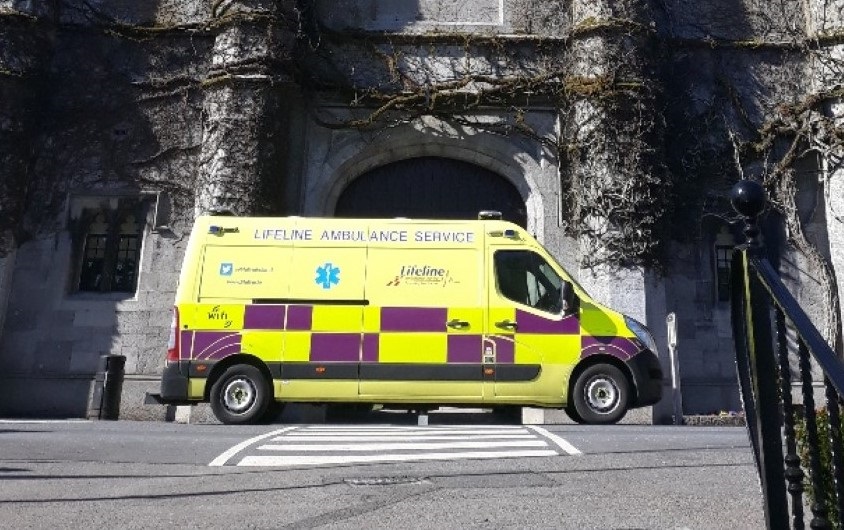 €3.6M spend on Private Ambulances at LUH comes under criticism

The Minister for Health and the HSE are facing criticism following the release of figures which show that €3.6 million was spent on private ambulances between 2011 and 2017 at Letterkenny University Hospital.

The figures were released to Sinn Fein Finance Spokesperson Pearse Doherty, who has branded the situation as ‘outrageous’ claiming that the spend does not constitute value for money. The Donegal Deputy said that the money should instead have been spent purchasing and staffing new ambulances.

Teachta Doherty said: “The National Ambulance Service is at the front line of emergency medical and pre-hospital care and they play a vital role in saving lives and transferring patients.

“At Letterkenny University Hospital alone €3,634,195 has been spent on private ambulances between 2011 and 2017 – this is an outrageous use of state monies.

“This huge spend on hiring private ambulance services does not make sense nor does it represent value for the tax payer.

“The HSE should be purchasing and staffing new ambulances for the hospital which would make more economic sense in the long run. It’s estimated that the money spent on private ambulance services since 2011 would have bought at least 140 fully equipped emergency ambulances.

“In order to have a responsive, functioning, world class ambulance service then you have to invest in personnel, vehicles, and technology instead of diverting funding to private interests.

“Both the government and the HSE need to ensure that we have a high quality, publicly owned stock of ambulances instead of putting money into the pockets of private companies which does not constitute fiscal prudence or a benefit to the taxpayer.”