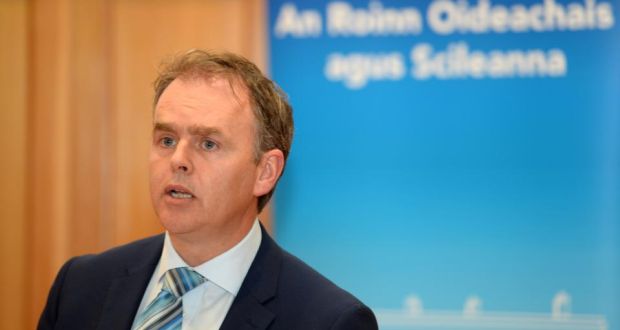 Donegal TD Joe McHugh is hosting a trade delegation from Scotland in the county this week as part of efforts to build business links between the two regions.

“I am delighted to welcome Linda Scott, chief executive of the West Lothian Chamber to Donegal over the next few days to show off what is best in our county and deepen trade links,” Mr McHugh said.

“During a visit to Glasgow last month I formally invited the Chamber to come and see firsthand what we have to offer.

“The interest that Ms Scott and the Chamber have shown is a timely reminder of the unique ties that exist between Donegal and Scotland and I’m confident that the basis is there for deepening these links.

“Over the course of the next few days the delegation will get an insight into the growing enterprises supported by the Department of Culture, Heritage and the Gaeltacht through Údáras na Gaeltachta in Donegal and also get a flavour for the wide variety of other businesses which excel in Donegal, from food to pharmaceutical to consultancy, as well as seeing the state of the art Údáras facility that is Áislann Ghaoth Dobhair.

“The ultimate aim is that the West Lothian Chamber will return later in the year with clients and businesses interested in setting up in Donegal as they see the county as the perfect base for establishing new operations.

“This visit will set the groundwork for a trade mission in the Autumn.”

Mr McHugh, Government Chief Whip and Minister for the Irish language, Gaeltacht and the Islands, attended the Causeway – Ireland Scotland Business Exchange awards night in Glasgow last month to celebrate businesses with links to both regions.

Mr McHugh said: “In Donegal we have a huge amount to be proud of and offer would-be investors.

“Donegal has one of the most scenic airports in the world in Carrickfinn, which offers easy access in and out of Scotland. We have a high quality of life. We have a diverse and growing economy with a strong mix of homegrown enterprises and multinationals.

“My own work on developing Donegal-Scotland business links goes back a number of years having visited Scotland for the St Patrick’s Day programme in 2015 and the following year having accompanied President Michael D Higgins to Scotland where I met with the Irish Business Network Scotland in the aftermath of the Brexit referendum.

“The arrival of the West Lothian delegation is a natural development of these ties having also led an Enterprise Ireland trade mission to Scotland in November 2017, which also included a Donegal-Glasgow business event hosted by the Consulate involving Údáras and Donegal County Council.

“Over the last two years my contacts with Causeway have become stronger and I will work to ensure that we see results from this week’s trade trip in Donegal.”

Mr McHugh added: “I would like to thank Údáras chief executive Micheál Ó hÉanaigh for his work and the strong team he has In Donegal for helping to facilitate this trade visit and look forward to seeing how Údáras can build on this.”