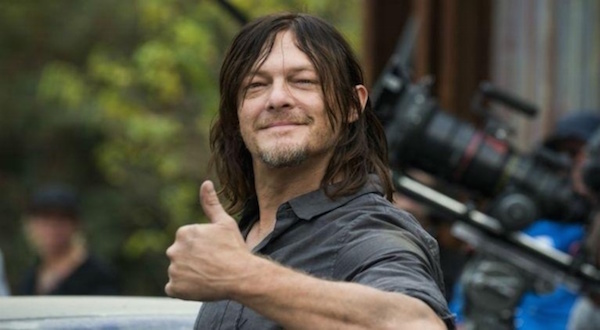 So what was this Walking Dead star doing in Bundoran?

He’s one of the biggest names on television cult show ‘The Walking Dead.’

Instead, the American actor, who plays Daryl Dixon, was looking for the best surf spots.

He said “He was really friendly but I asked for a selfie and he said he’d rather not because he was trying to lie low.

“A few people recognised him though. He was with a dark haired girl and they both left on a Ducati motorbike with an English plate.”

Reedus, 49, is one of the highest paid stars on television and one of the biggest names on the television show which has a cult following.

The star previously enjoyed a long-term relationship with model Helena Christenson and the couple have a son.

So what was this Walking Dead star doing in Bundoran? was last modified: July 13th, 2018 by Stephen Maguire
Tags:
bundorandonegaltelevisionWalking Dead