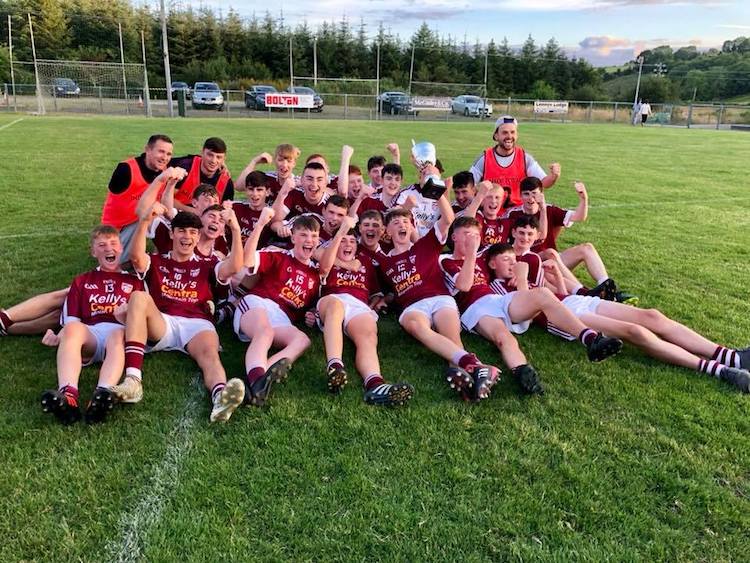 Jack Alcorn swung over a dramatic match-winner in the dying embers of a gripping U16 Championship final last night as Termon won their first title at this grade.

Alcorn, moments after drawing his side level, took on the responsibility in some fashion to seal a heroic and historic win for the Burn Road boys in Milford.

But Termon’s response was excellent and Marty Steele slotted in a goal for Trevor Alcorn’s men.

Gaoth Dobhair led by three at half-time, with Domhnall McBride and Miceál Ó Dochartaigh on the mark with points.

Termon trailed by two points heading down the home straight.

They got hope when Aaron Reid landed his fourth point of the night.

Soon after, Alcorn levelled and extra time loomed when Alcorn took aim for what proved the winning kick of the game.