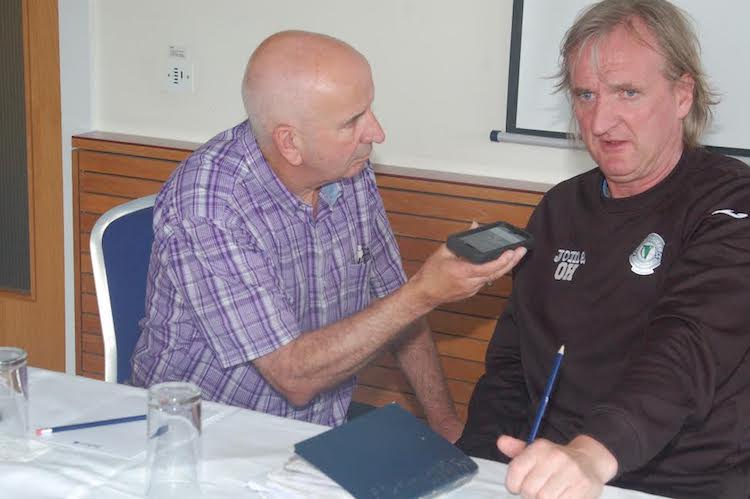 Ollie Horgan says Finn Harps will aim to stay ‘within shouting distance’ in the promotion race.

A 3-0 win over Longford Town, their third win in a row, last night has Harps up to third in the standings and only five points away from the leaders, UCD.

Harps welcome Shelbourne, another of the promotion hopefuls, to Ballybofey next week.

“We need to try and stay within shouting distance,” Horgan said.

“If we got fourth placed, we’d take it with open arms.

“We could easily be turned over by Shelbourne and be back in sixth. Would we take a draw now? Absolutely we would.”

Timmie Sobowale netted a debut goal after Nathan Boyle opened the scoring from a penalty and Mikey Place tucked away a penalty.

Sobowale and Jacob Borg were making their first outings while Boyle was in for a first home appearance since returning to the club.

Horgan said:  “At the start of the year, we had a completely new team. Now, we have another bunch of new faces that may take time – but we don’t have it.

“We had good enthusiasm and adrenaline. Next week and the week after, should they be playing, we need the same work rate and drive, when the novelty goes off.

“They have bought into it and please God it will pay off.”