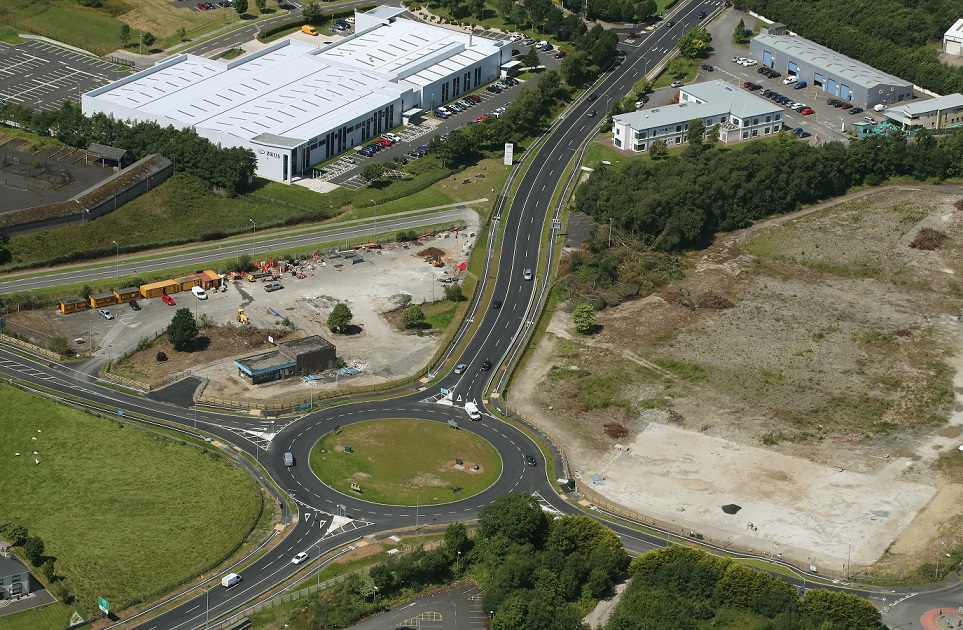 Rush is on to get landscaping started on Kiltoy roundabout

Letterkenny councillors are seeking to speed up plans to add plants and flowers to improve the new Kiltoy roundabout before autumn.

The roundabout is sponsored by Optum, one of Letterkenny’s biggest employers, and it is hoped that its appearance can be improved before the official opening of the company’s new premises in October.

Councillor Jimmy Kavanagh said: “Optum see this sponsorship as a mean of supporting the community and Tidy Towns, but they have a roundabout where there is no work being done on. There are finding it hard having their name on the only roundabout in town that has no landscape on it.”

Cllr Kavanagh called on the council to show support to the sponsors and facilitate the improvement of the roundabout before visitors arrive for the opening event in October.

The local authority explained that the roundabout is currently covered in grass awaiting outstanding ESB and Eircom works.

Councillors agreed to pre-approve a landscaping design by Parks and Open Spaces in order to facilitate the works as soon as the roundabout is ready.

Meanwhile, signs directing to Lisnennan which Cllr Kavanagh requested for the area are due to be delivered and erected in two weeks’ time.