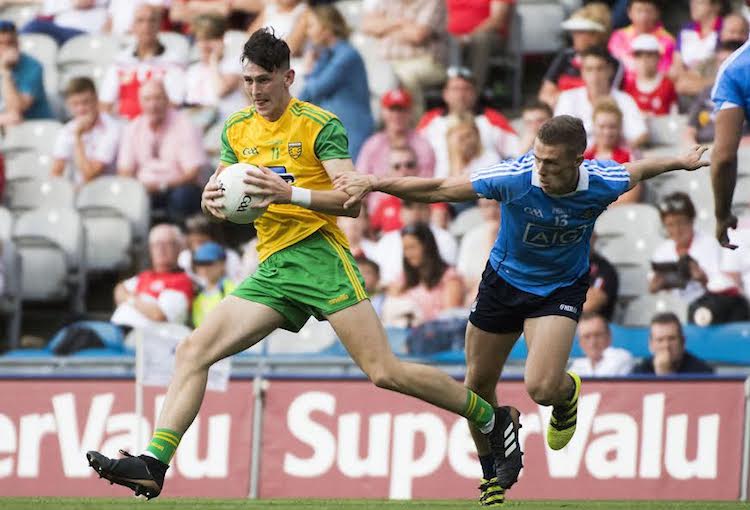 The Twitter reaction to Donegal’s ‘Super 8’ defeat to Dublin

There were pangs of regret on Twitter as Donegal were beaten by five points by Dublin at Croke Park.

Niall Scully scored a brace of goals as Dublin – bidding to win Sam Maguire for the fourth successive year – won 2-15 to 0-16.

It was a night when the absence of Patrick McBrearty was glaring for Donegal, but with Roscommon and Tyrone to be faced over the next three weeks, Declan Bonner’s men will still be hopeful of reaching an All-Ireland semi-final.

Could have been worse but could have been better if we converted chances, all to play for roll on Roscommon we prove today we are in there for the fight remember that was the first real big test for the lads!

Will we Ignore Scully taking 8 steps before the goal and the blatant penalty that Donegal should have got?. You get all that shite when you play every match at home. patently a skewed system. Super 8 as a format will die unless referees and GAA stop favouring Dublin. #DUBvDON

2011 Donegal vs Dublin SF: Donegal play defensive system and get labeled the worst team in the history of football
2018 Donegal vs Dublin S8: Dublin knock around the ball for 20 mins to hold a 4-pt lead and they're a class act; it's up to Donegal to chase the game#DUBvDON

Donegal should learn and improve after this. McBrearty is a massive loss, but they've still got enough about them to have an influence in this championship yet.

Fair play @officialdonegal
Played gr8 🏐 since day 1 in the league, missing Paddy McBrearty who was the best footballer in the league.
The fact that Dublin resorted to keep ball is a testament to your fitness & firepower.
Much for Jim to work on in training! #SundayGame

Why wouldn’t Dublin play keep ball? They’re well ahead and the opposition wants to hit you on the break. Logical. Up to Donegal to push up man to man

Overheard the Dubs in front of me at CP at FT whistle whinging about how long it was taking the crowd to move out of CP. He’ll be home in 20 mins, what about the Donegal fans travelling 4 hours to get home!