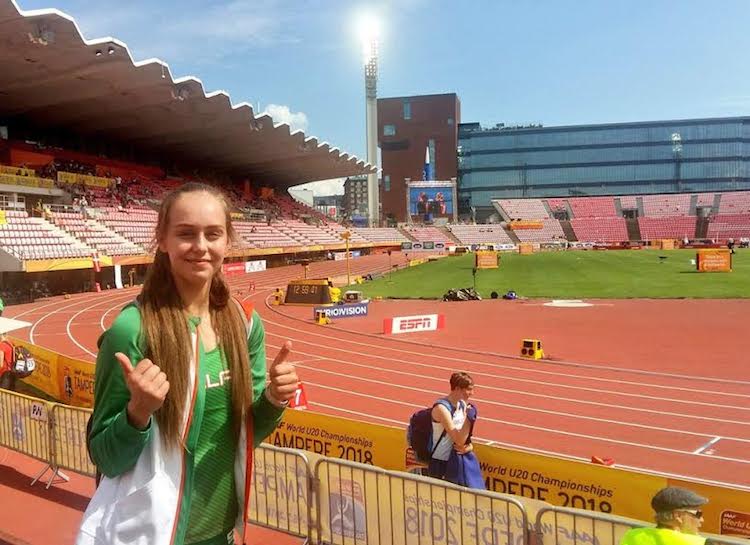 Sommer Lecky has won a silver medal at the IAAF World U20 Athletics Championships in Finland after a stunning display.

The Finn Valley AC woman cleared 1.90 metres to take silver and her mark is a new personal best that also breaks a new Irish Junior record.

Lecky’s silver nugget is Ireland’s first individual medal in history at this level and qualifies her for the European Championships in Berlin later this year.

Lecky added four centimetres to her PB and vindication of the hours, days, months and years of endeavour with her coach, Niall Wilkinson.

On Friday, Lecky had a flawless day in qualification, clearing all six marks at the first attempt, including the magical 1.84m to secure a spot in today’s final in Tampere’s Ratina Stadium.

The 17-year-old finished tenth in the Commonwealth Games in Australia earlier this year, but today represents new ground entirely for a woman described by Patsy McGonagle two years ago as ‘a medal zone athlete’.