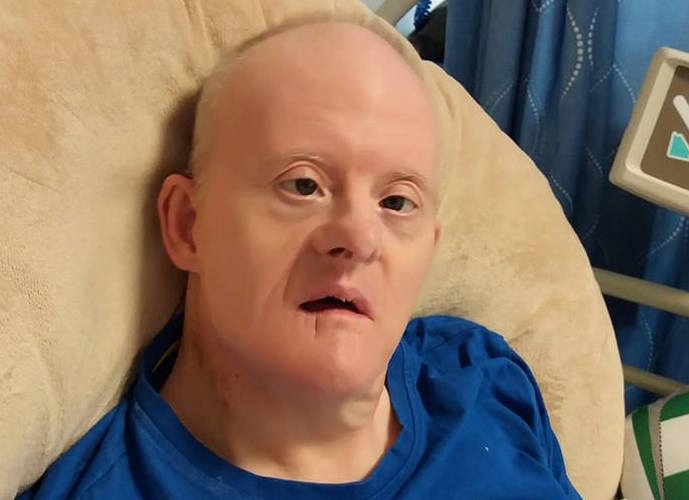 The family of a man who has only weeks left to live has slammed the HSE after he was refused access to Lifford Community Hospital.

Paul Harte has been a patient at Letterkenny General Hospital for the past three weeks.

The 53-year-old Lifford man, who lives with Down Syndrome, is receiving palliative care and is suffering from dementia.

His family have tried to get him into Lifford Community Hospital close to their home but has been refused.

THere are currently EIGHT empty beds in Lifford Community Hospital.

Management at Lifford Community Hospital have told the Harte family that because Paul is not aged 65 or more and suffers from an intellectual disability, admitting him to the hospital is not an option.

However, Paul’s family say the reality is that Paul’s lifetime is limited.

His sister Donna told Donegal Daily that somebody must show compassion for Paul as a human being.

“Paul is a such a popular lad and for this to happen to him in his final stages of life is just so sad.

“I honestly didn’t think that this could happen but here we are fighting to help him live out his final days in comfort,” she said.

Paul’s mum Rose has just turned 80 and traveling from Lifford everyday to see her son is just not physically possible.

“There are just so many aspects to this that make it so wrong,” added Donna.

The family started a social media campaign in recent days and have received support from thousands of people calling on the HSE to transfer Paul to Lifford Hospital while there is still time.

Donna said Paul is in good spirits and sleeps most of the day but listens to music, especially Michael Jackson, when he is awake.

“He is in good spirits but he is only receiving fluids so we know his time is limited. All we are asking for is for the HSE to show a human side and to allow us to bring Paul to Lifford and look after him there in his final days,” added Donna.

Management from Lifford Community Hospital and the HSE are due to meet today to discuss Paul’s situation and to make a decision.

All of Donegal Oireachtas members have been made aware of Paul’s situation.