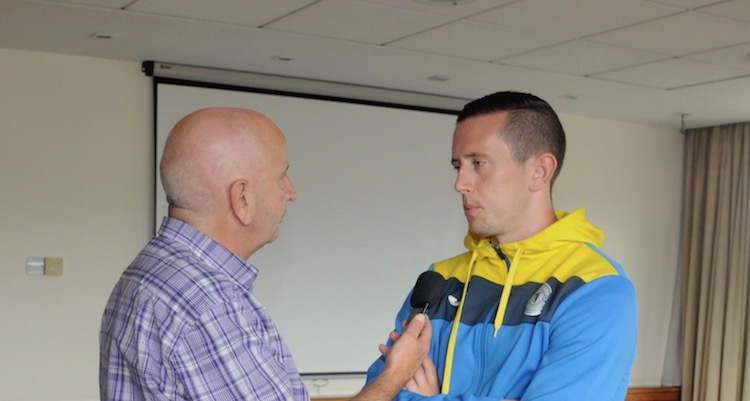 Ciaran Gallagher has kept a clean sheet in each of his last three games – but the Finn Harps goalkeeper is hungry for more.

Gallagher has shut out Cabinteely, Drogheda United and Longford Town as Harps have won three-in-a-row since returning from the mid-season break.

Harps are joint second and just five points behind the First Division leaders, UCD, ahead of another big home game, against Shelbourne, on Friday night.

“We’ll need a lot more points between now and the end of the season.  We have to build on it now. We’ll need more clean sheets to give ourselves a chance.

“Games will be so tight and a clean sheet gives you something to build on and improve on.

“I’d like to have more clean sheets, but overall we’re happy.”