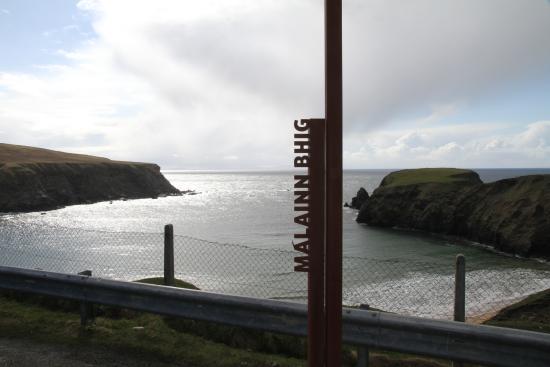 The three people who were plucked from the sea today were rescued after tourists staying in a holiday cottage heard their cries for help.

All three, two adults and a sixteen-year-old youth, had only left to go fishing off Inishowen moments earlier.

The group had left Malin Head pier around midday on their 15ft fishing vessel.

The group had only traveled approximately half a mile out to sea when the vessel suddenly capsized.

The three were in the water for a considerable period of time before their shouts for help were heard from people staying in a nearby cottage.

Malin Head Coast Station was contacted immediately and a rescue mission was launched just after 4pm.

Two people, an adult and the 16 year old youth were quickly recovered from the sea.

The youth was the first person to be lifted by a local vessel and he was taken by the Rescue 118 helicopter from the Pier at Malin Head to Altnagelvin Hospital in Derry.

An adult was lifted a short time later and he too was taken to hospital.

However, a third person, a man in his 70s, was not rescued until just before 6pm after he was spotted by another local fishing vessel.

He was taken to Letterkenny University Hospital where his condition is understood to be serious.

The search and rescue operation involved lifeboat crews from the Lough Swilly RNLI, the Malin Head Coast Guard and the Coast Guard 118 Helicopter.

Spokesman for Lough Swilly RNLI, Joe Joyce, confirmed that the alarm was raised after the shouts of the fishermen was heard by visitors staying in the nearby cottage.

“The party had left around midday but the first person was not recovered until after the alarm was raised around 4pm.

“They were in the water a long time. The alarm was raised by people staying in a cottage just above the pier when they heard shouts for help,” he said.

There is no indication yet as to what caused the boat to capsize.