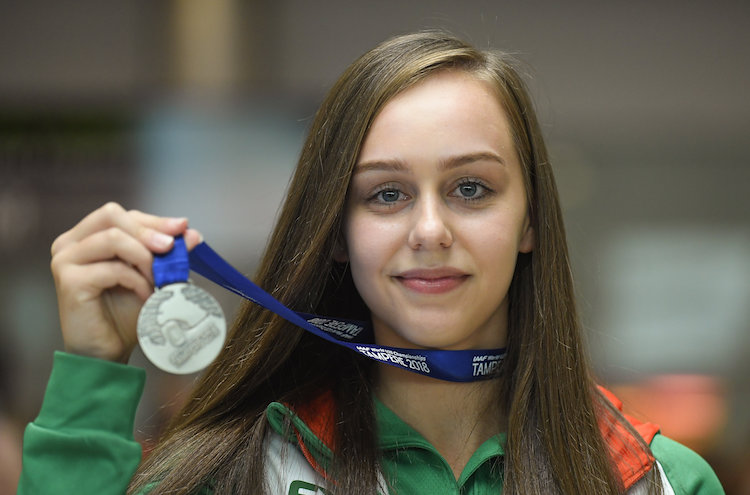 There was belief and disbelief all at once for Sommer Lecky as she leapt into a whole new world on Sunday.

She was the last competitor at the IAAF World U20 Championships in Finland.

A little earlier, at the Ratina Stadium in Tampere, Lecky broke her own PB in the women’s high jump as she cleared the bar at 1.87m, putting a centimetre onto the 1.86m she’d reached twice this year.

And yet, there was more to come.

Lecky backs herself in the big moments. As she soared over the bar at 1.90m, the Castlederg was perhaps expecting it to crash. But it never did and she was over a height that would win a silver medal at the IAAF World U20 Championships.

“I wasn’t thinking about medals. I just wanted to see what I could do on the big stage.

The Castlederg teenager improved her PB by four centimetres, breaking the Irish Junior record and sealing qualification for the European Championships in Berlin.

Now, onto new heights and aims.

“I just knew I could get over these heights, and I know I can go higher than 1.90 metres.

“I focus on myself and just jump what’s in front of me.  I didn’t know that I had a medal and I just had to keep going.

Lecky said: “I took inspiration from the relay girls who spurred me on.

“The girls winning silver gave me a real boost to go in and give it my best shot”.