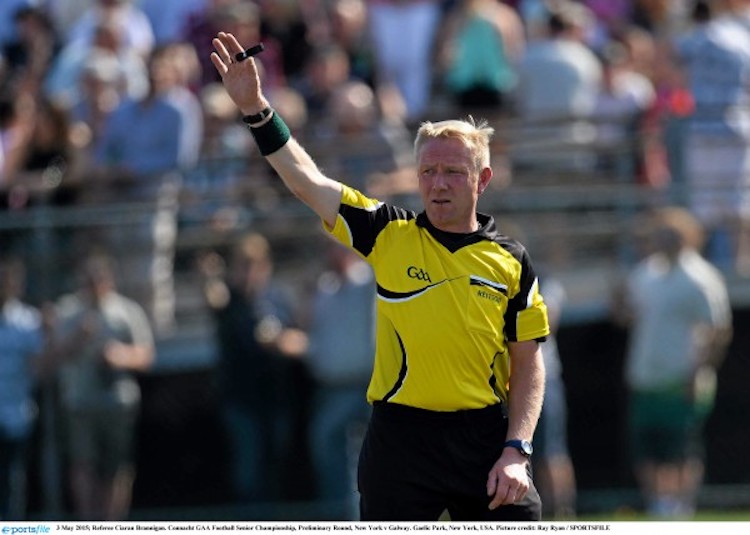 Down referee Ciaran Branagan will take charge of Donegal’s game against Roscommon at Hyde Park on Saturday evening.

Branagan has been confirmed as the man in the middle for a game that is must win for both teams, who were beaten by Dublin and Tyrone on Saturday evening at Croke Park.

Branagan, from the Clonduff club in Down, refereed Donegal’s League draw against Dublin last year and also had charge of the 2016 All-Ireland quarter-final when Dublin beat Donegal.

Branagan was the linesman involved in an altercation with Diarmuid Connolly last summer for which the Dublin forward was handed a 12-week suspension.