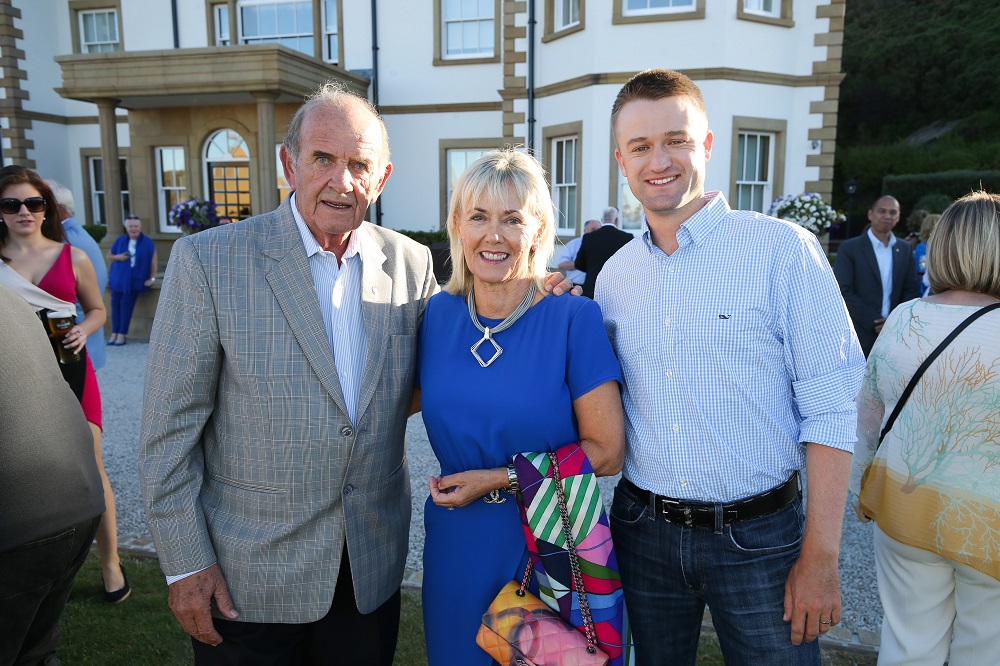 Dubai Duty Free, the title sponsor of the Dubai Duty Free Irish Open hosted a spectacular party in the private gardens of the Ballyliffin Lodge Hotel on the Friday night of Ireland’s national golfing tournament.

Set under magnificent tipis, the stage was set for an incredible night of food, music and entertainment. The magnificent gardens enjoy spectacular views across the Inishowen peninsula, and, thanks to its elevated position far above the sea level, guests were treated to an amazing spectacle where the sea meets the Donegal sky. 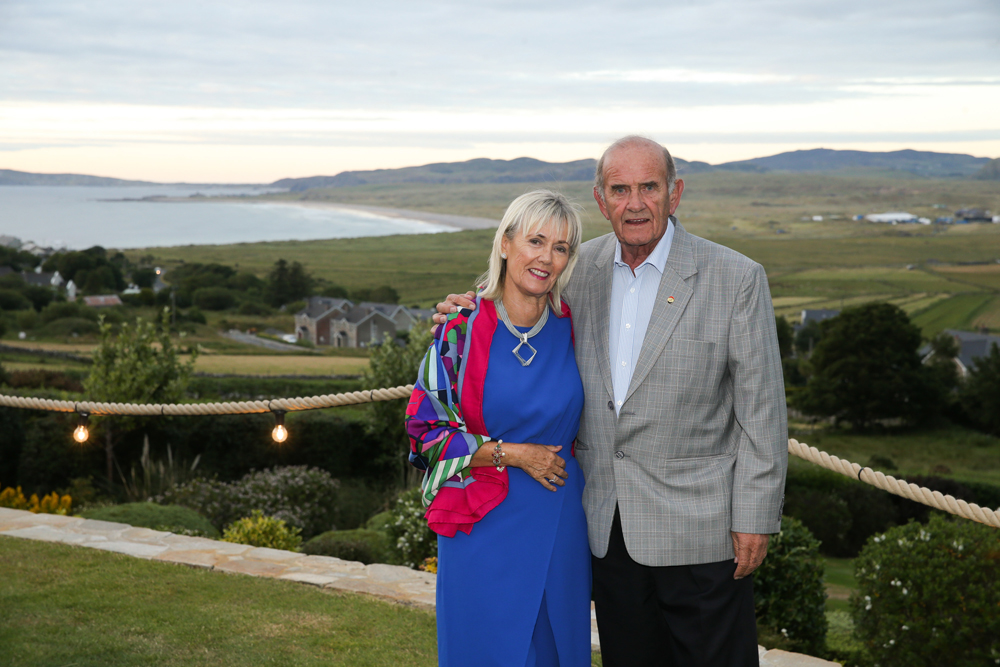 The 6th July party was hosted by Executive Vice Chairman and CEO of Dubai Duty Free, Colm McLoughlin, and his wife Breeda McLoughlin together with Senior Vice President of Marketing at Dubai Duty Free, Sinead El Sabai, and her husband Jihad.

Also, in attendance was Des Smyth and his wife Vicki Smyth. Des is the official golf ambassador for Dubai Duty Free. 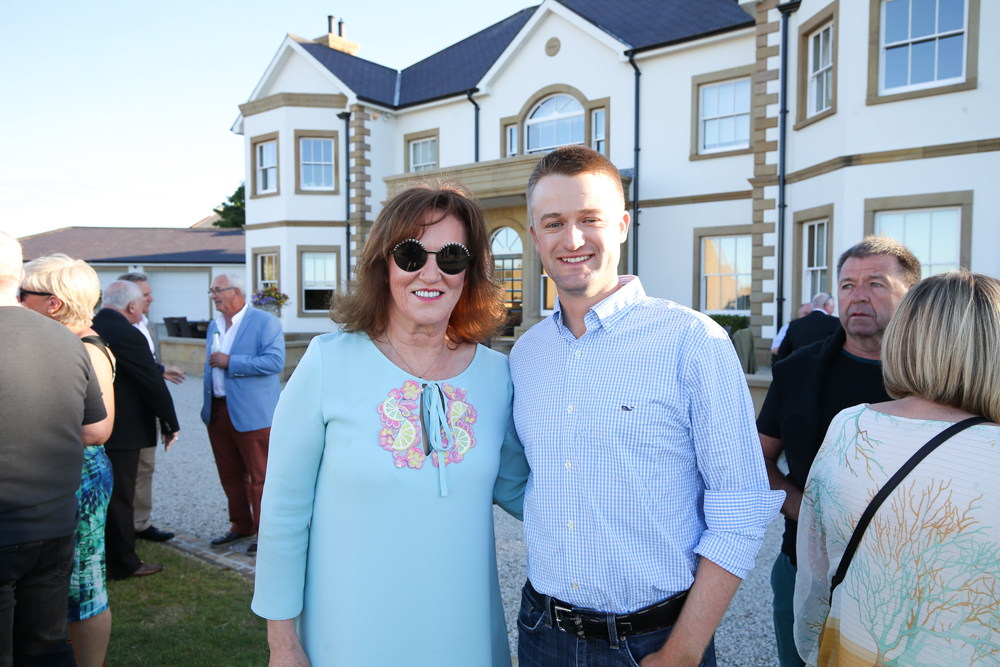 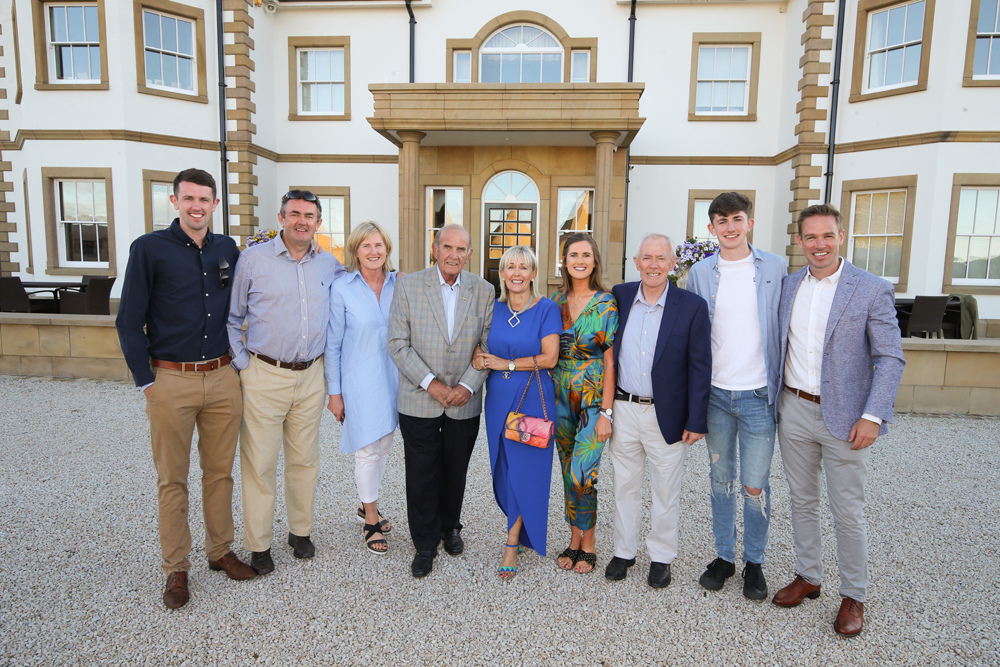 On what is one of the biggest nights on the social calendar every year, 150 guests were greeted by the beautiful music of pianist James Huish whose melodies fitted the occasion superbly as those who arrived basked in the glorious sunshine at a prosecco reception in the gardens of Ballyliffin Lodge with stunning views of Ballyliffin’s Pollan beach. 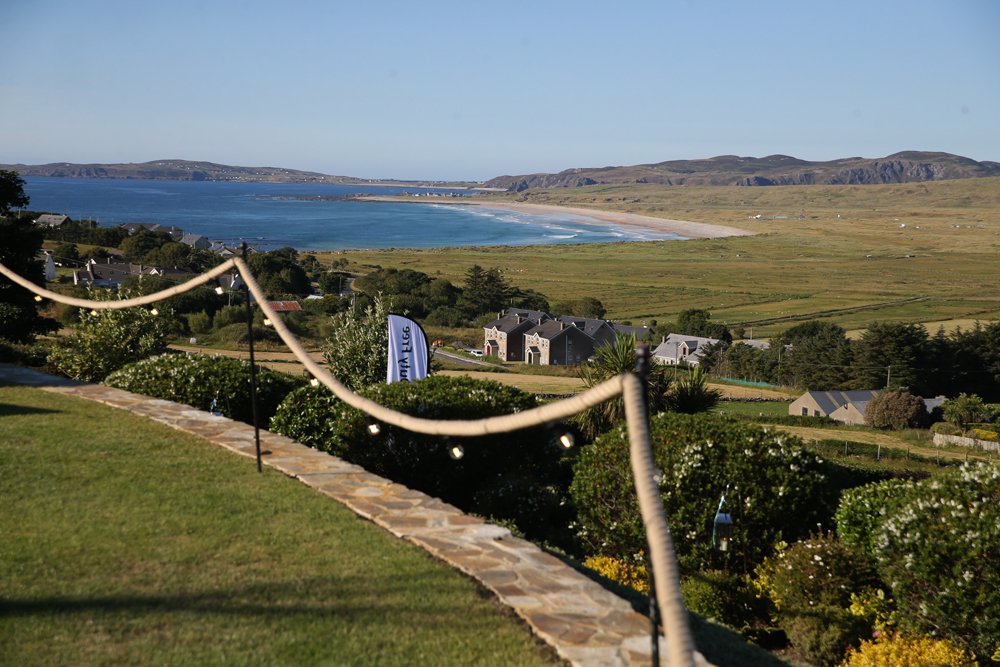 While beside the infamous bird of prey, Golden Eagle, Falcon and American Eagle Owls were there to be held and photographed for all guests to enjoy. The Golden Eagle, named Bru went missing two weeks prior to the event and amazingly made his way back home just days before the event, he is the only golden eagle to ever be bred in captivity.

Inside, the décor was unforgettable, inspired by the maritime setting as well as the links to the middle east, sand coloured chairs and soft furnishings combined with hints of blue and anchor motifs, set an elegant yet relaxed vibe under the tipis.

Entertainment was also provided throughout the night with a dress up corner filler with vintage Arabic clothing for guests to try on and be pictured under the stars in. 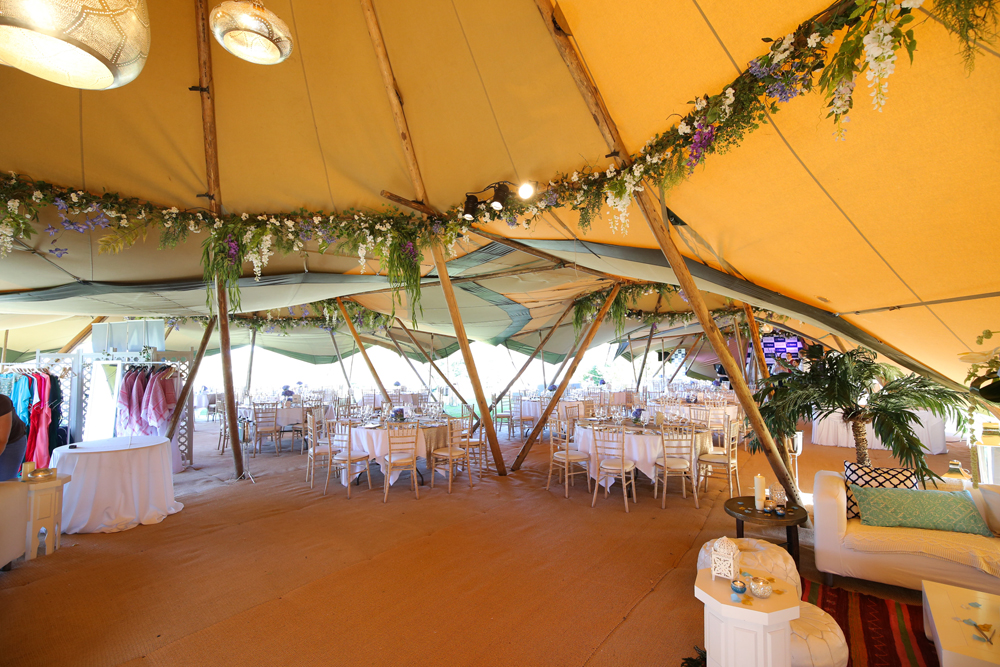 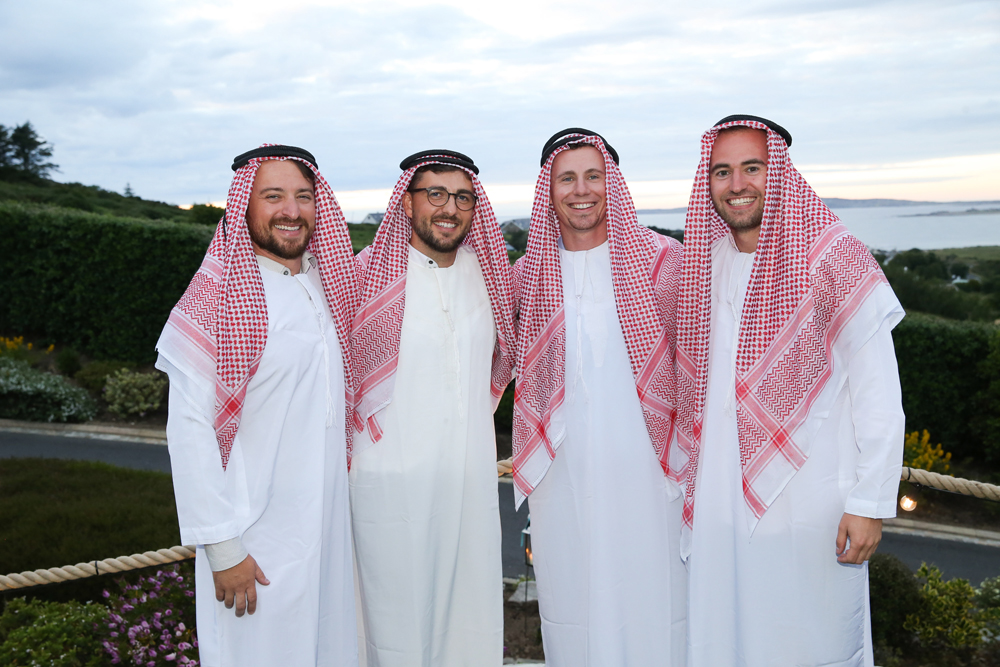 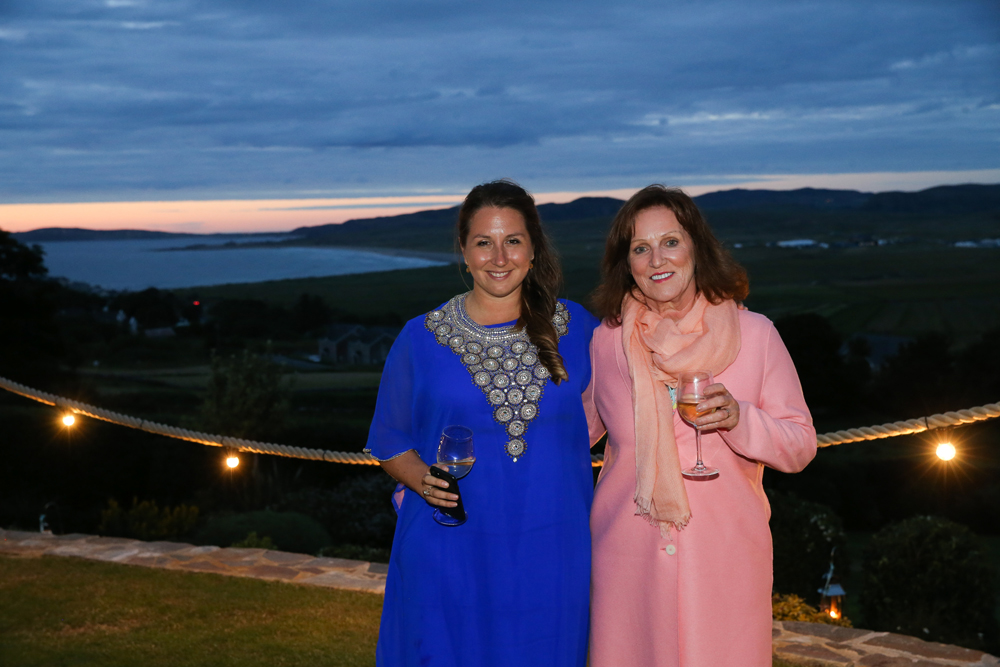 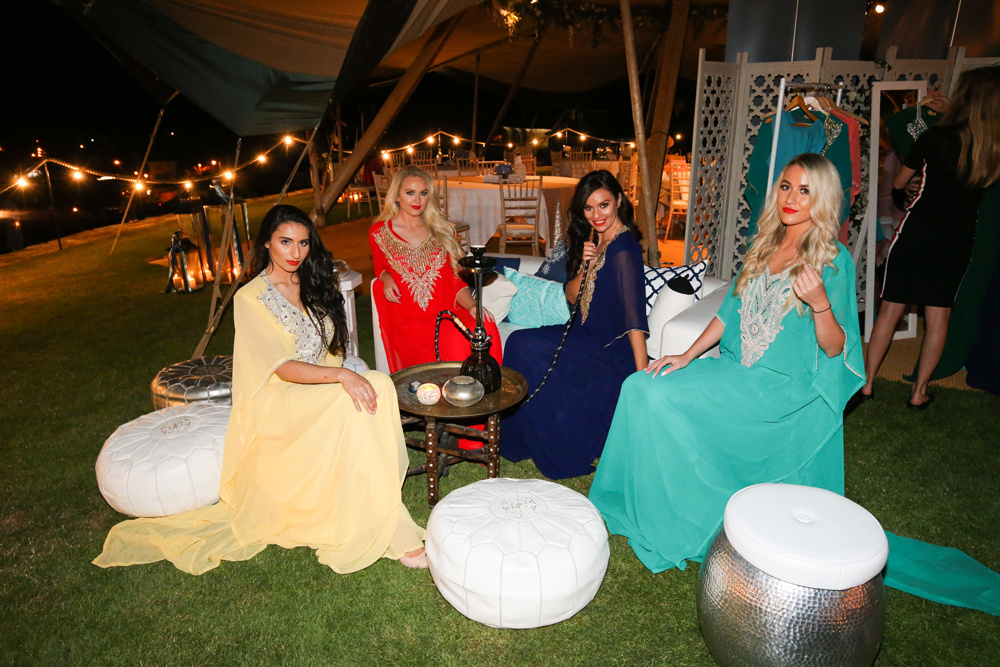 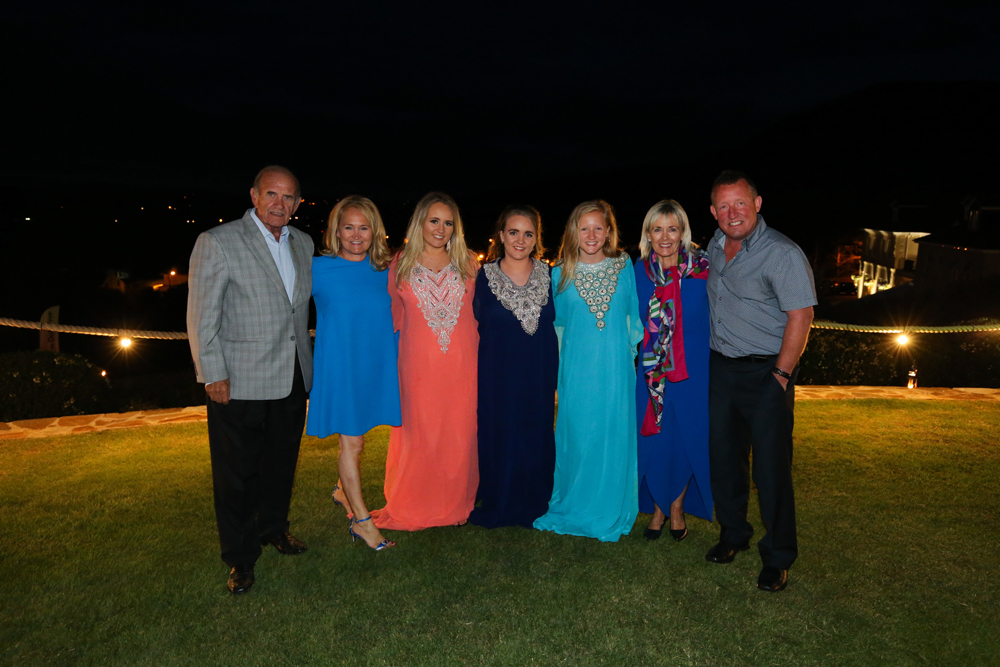 Guests enjoyed a veritable feast where a taste of Inishowen met a taste of Arabia, which included Inishowen farm beef and Murphy’s stout pie and with an Arabic twist wild mushroom arancini balls with sweet and sour sauce.

As dusk began to turn towards darkness, Extreme Rhythm Drummers grabbed the attention of attendees before fire-eaters joined them in an electrifying 30-minute performance that wowed onlookers. 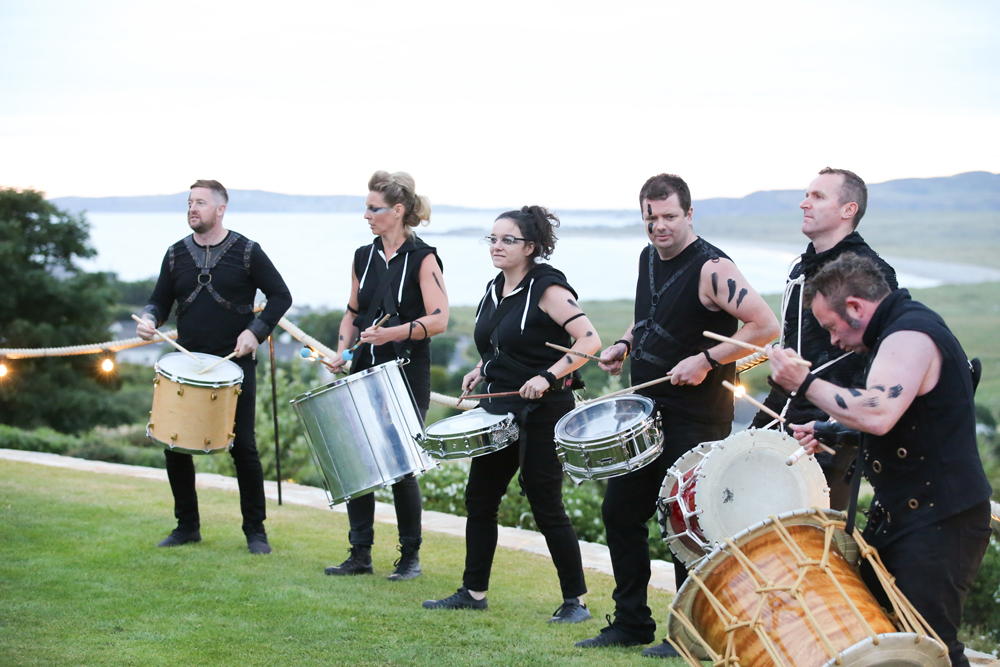 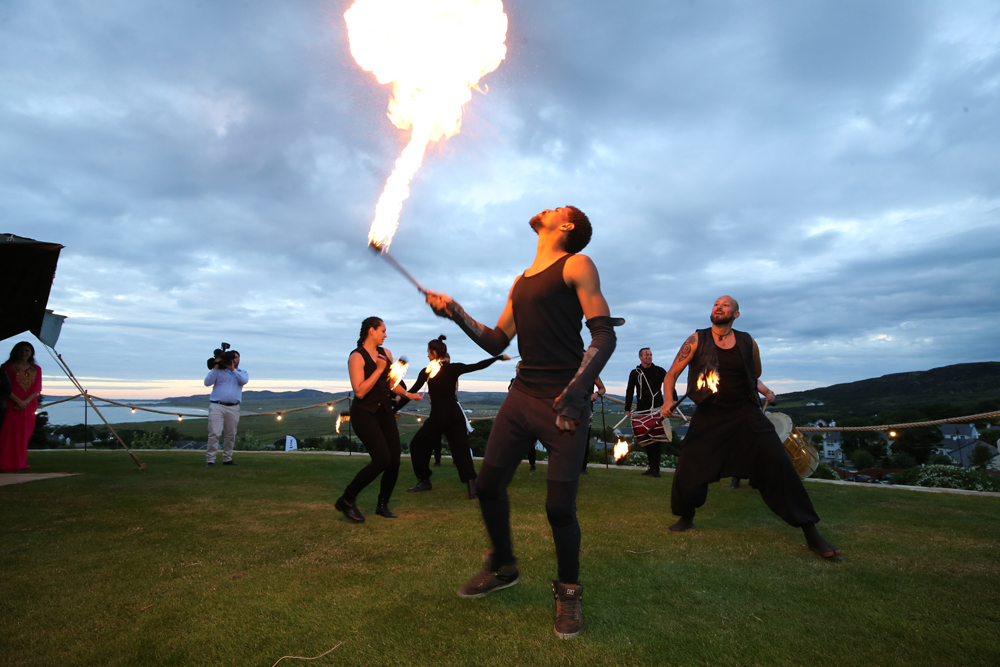 James Huish and his band then performed late into the night with his unique style, capping a memorable event for all those who were there.

This annual event has been run by Dubai Duty Free each year since they began sponsoring the Dubai Duty Free Irish Open in 2015, and they announced earlier this year that their sponsorship will carry through for at least another four years until 2022. 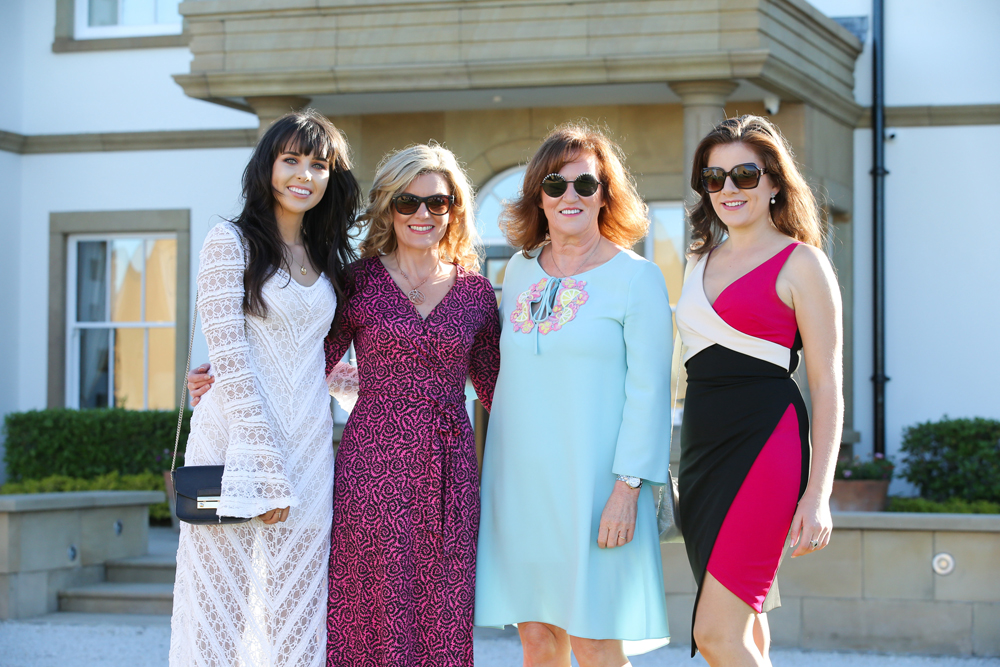 Speaking at the event, Sinead El Sabai, Senior Vice President of Marketing of Dubai Duty Free, welcomed the guests to the spectacular evening and said;

“This is our fourth year as title sponsors of this historic tournament, and we were proud to announce earlier this year that we will be continuing our sponsorship up until 2022. Being involved in major sporting events such as this is a key component of Dubai Duty Free’s marketing strategy, and we have seen the value of being involved with the Dubai Duty Free Irish Open since 2015.”

See more photos from the event below: 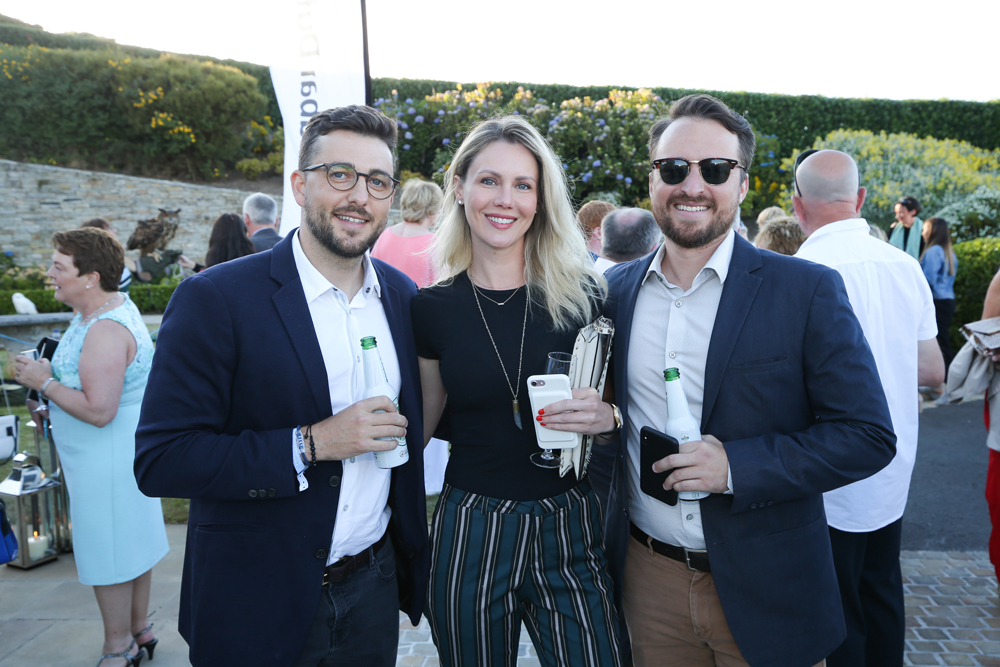 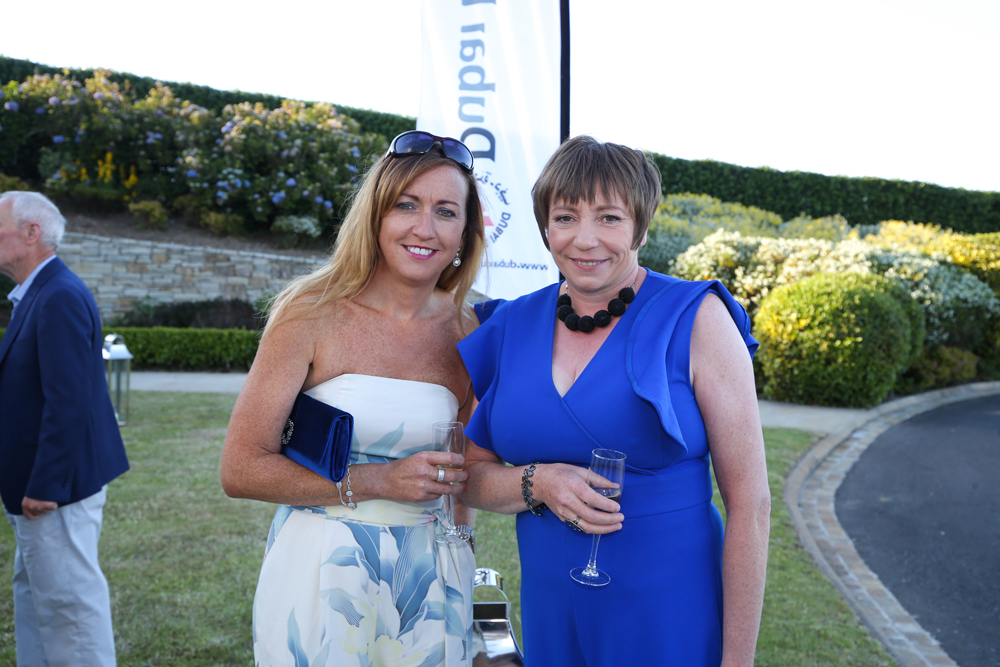 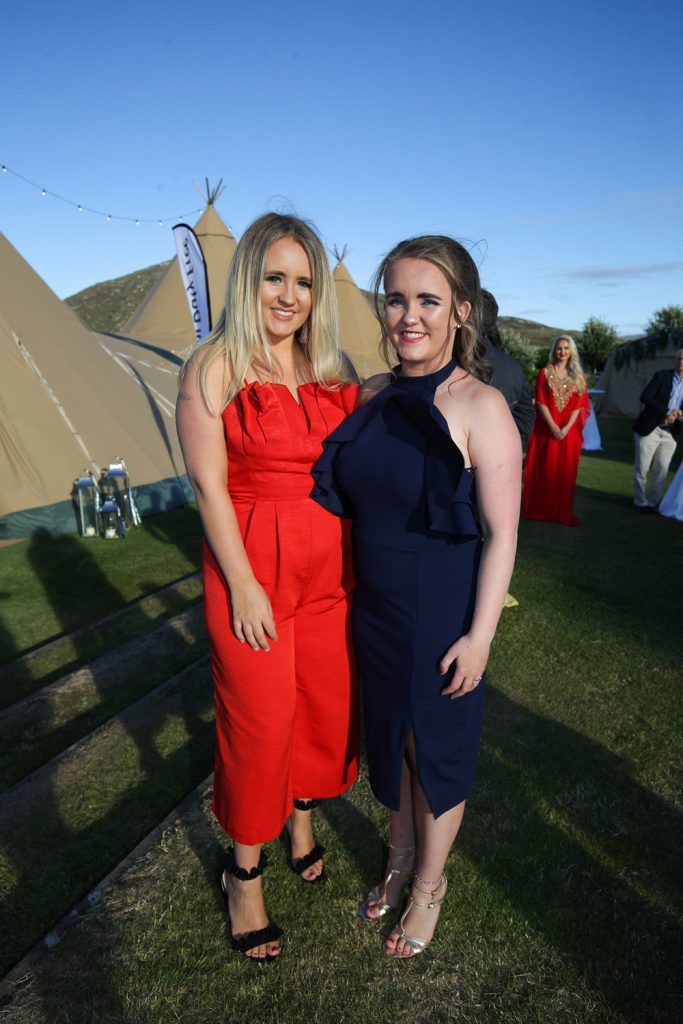 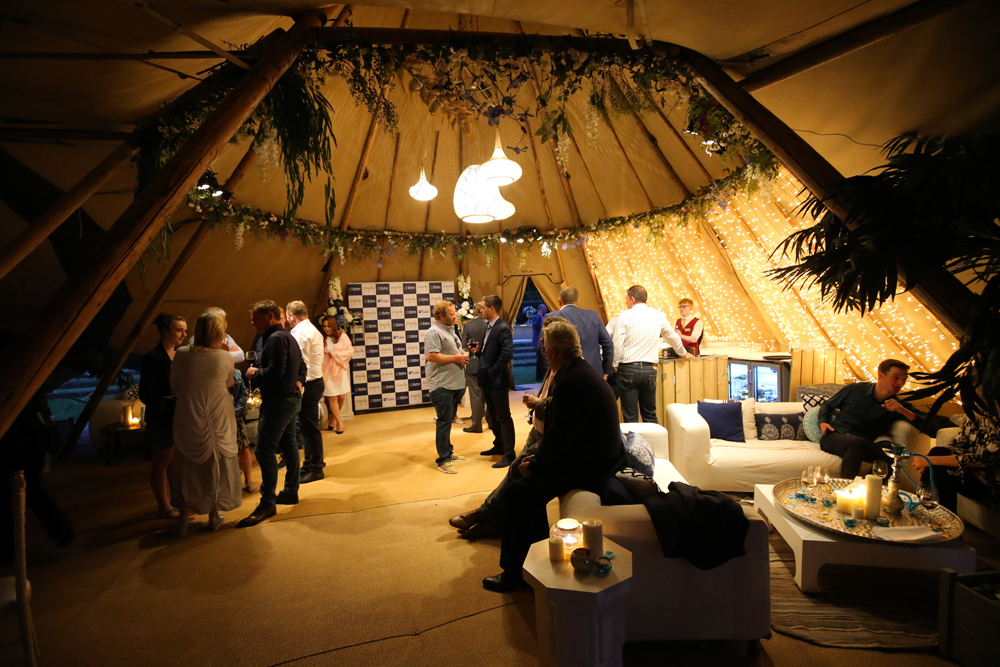 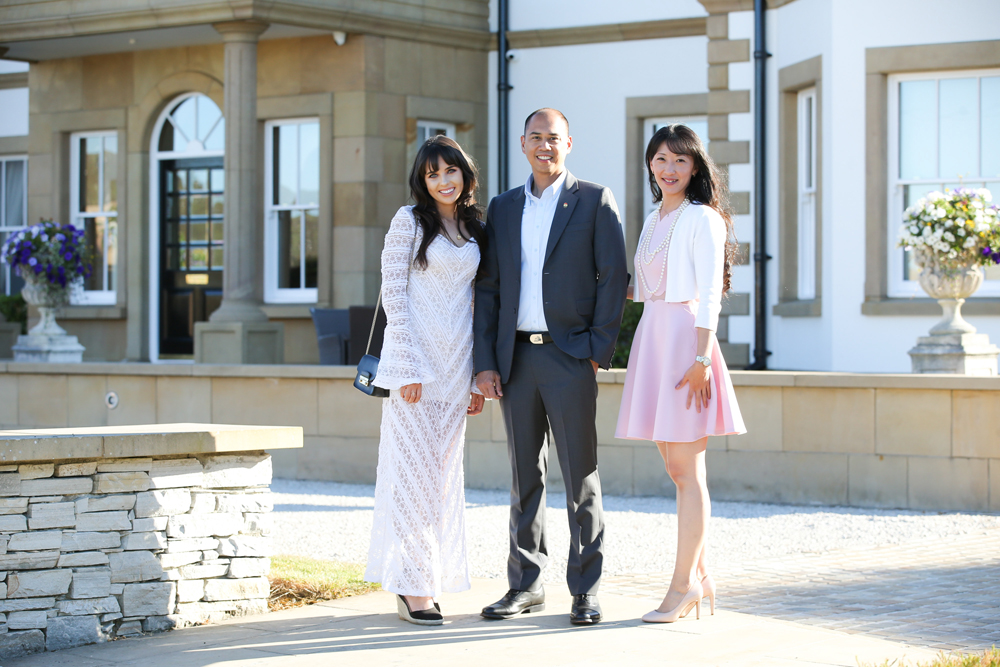 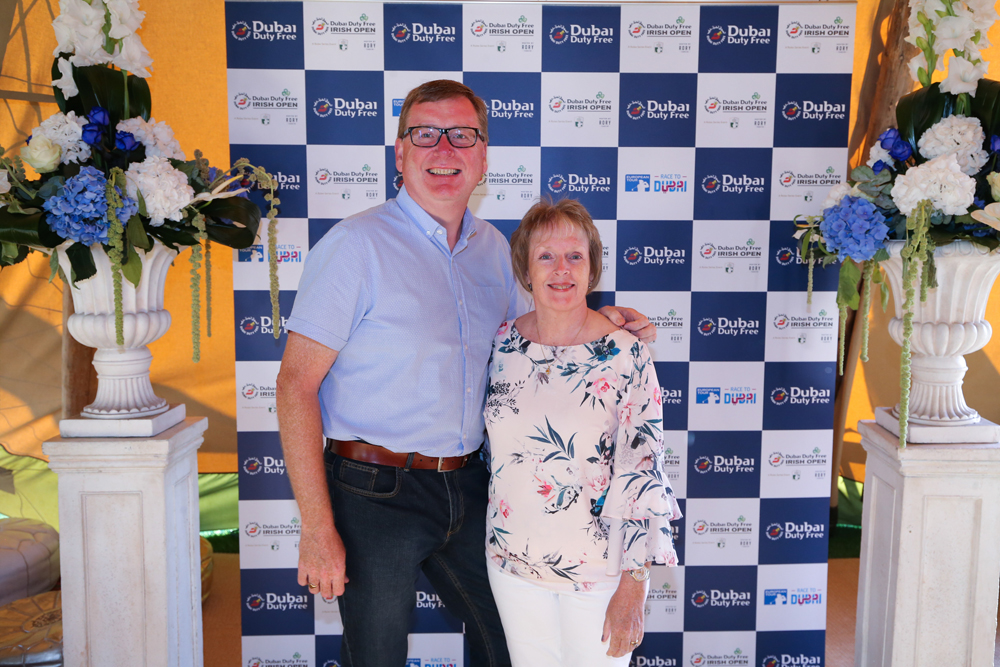