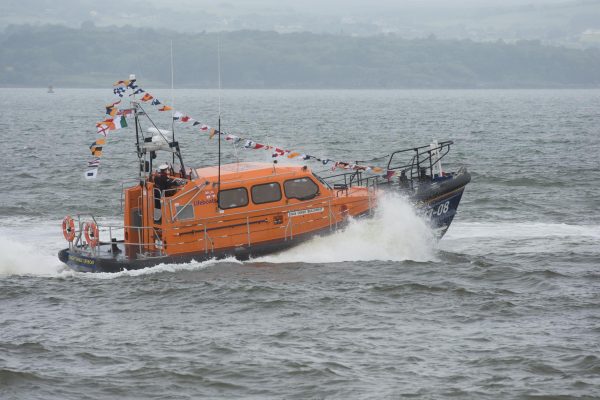 Tributes paid to men who lost their lives in fishing tragedy

Tributes have been paid to those who lost their lives in yesterday’s fishing tragedy off Inishowen.

Some of those who perished when their 15ft fishing vessel capsized off Malin Head have been named locally.

Two men, a sixteen-year-old youth and another man in his 60s, died following the tragedy.

Another man in his 50s has survived.

The first man to die has been named locally as Gerry Doherty from Malin who had also lived in Carndonagh but was believed to be living in Burt.

Local councillor Albert Doherty knew Mr Doherty having spent a number of years at school with him in Carndonagh.

He told independent.ie that it was “tough news for the local area” to hear that he had passed away.

He paid tribute to him as a hard worker who had previously travelled to Australia and England for work.

The councillor also said Mr Doherty’s father had died in a drowning accident years ago.

The teenager who died is understood to be from Scotland and was a relative of Mr Doherty.

He has been named locally as Thomas Weir.

The man in his 50s is understood to be from Monaghan but had been living in Derry.

There is no indication yet as to what caused the boat to capsize and conditions on the day were good.

A spokesman for Malin Head Coastguard said “Conditions of that day were excellent, there was very good visibility, the water was flat there was no gale force warnings or small craft warnings in operation.”

Joe Joyce, spokesman for the Lough Swilly LIfeboat said that the fishing community around Malin Head are “well used to tragedies” as “a number of people have been lost in that area over the years.”

“It’s a particularly treacherous bit of water, although conditions on the day were good the seas around Malin Head are some of the most treacherous in the world particularly at spring tide which is what we had the currents can run any way.”

Tributes paid to men who lost their lives in fishing tragedy was last modified: July 19th, 2018 by Stephen Maguire