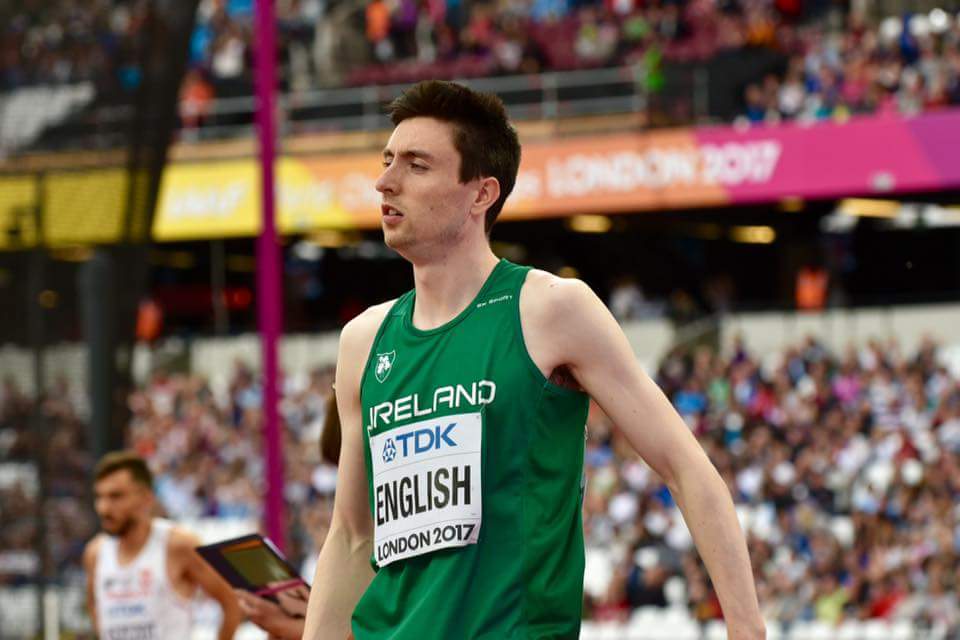 Mark English a European doubt as Sommer opts to rest

Mark English last night emerged as a major doubt for the European Championships in Berlin.

Just two weeks out from the start of the Europeans, English – who took to the start line for just the second time this season – pulled up during the 800m at the Morton Games in Santry.

English won a bronze medal at the 2014 European Championships in Zurich and would have been regarded as a medal hope this time.

However, the Letterkenny man, who was fading in the race, broke down inside the final 100m and was attended to at trackside.

English appeared to be in difficulty with the calf muscle in his left leg.

Newly-crowned World U20 silver medallist Sommer Lecky – who jumped 1.90m in Finland on Sunday – didn’t start in Santry. The Castlederg teenager cited a sore foot and with the Europeans on the horizon for her, she opted to rest up.