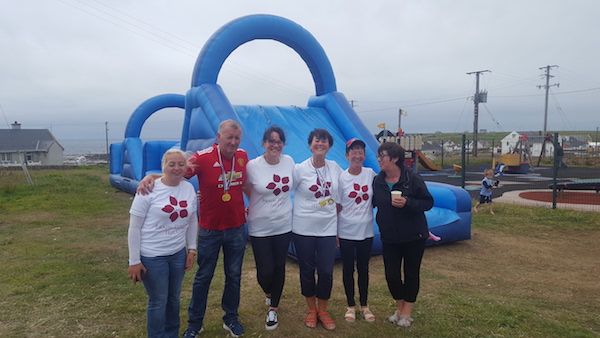 Brain Tumour Ireland was the beneficiary of a fantastic fundraising effort by the people of Tory Island in July which was held in memory of locals Mark Doohan and Maureen Gallagher, RIP.

The annual Markie’s Match on Tory Island was held in aid of the charity this time around to mark the ten year anniversary of Mark’s passing as a result of a brain tumour.

In addition to Markie’s Match, Tory woman Linda Doohan had a vision to get the whole community involved in this fundraiser.

It was also held in memory of Maureen Gallagher who, like Mark, sadly passed away as a result of a brain tumour last year.

In addition to the match, Linda and friends organised a really successful coffee morning attended by almost everyone in Tory who came out in force to eat cake, drink tea & donate. Bouncy castles and a sports day kept the kids entertained also.

This was supplemented by a table quiz in a packed out Harbour View Hotel.

Linda and Brain Tumour Ireland would like to thank the many neighbours, friends and businesses and who attended the events, donated online and also contributed raffle prizes.

So far almost €3,300 has been raised and the money is still coming in thanks to the great efforts of the Tory community. Their online donation site is here: https://give.everydayhero.com/ie/remembering-mark-maureen

Brain Tumour Ireland recently set up a new support group in Donegal for brain tumour patients and their families. 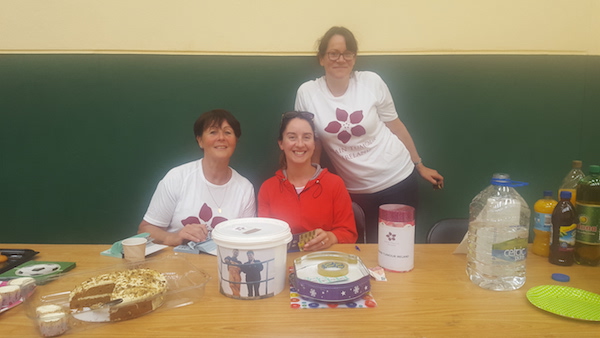