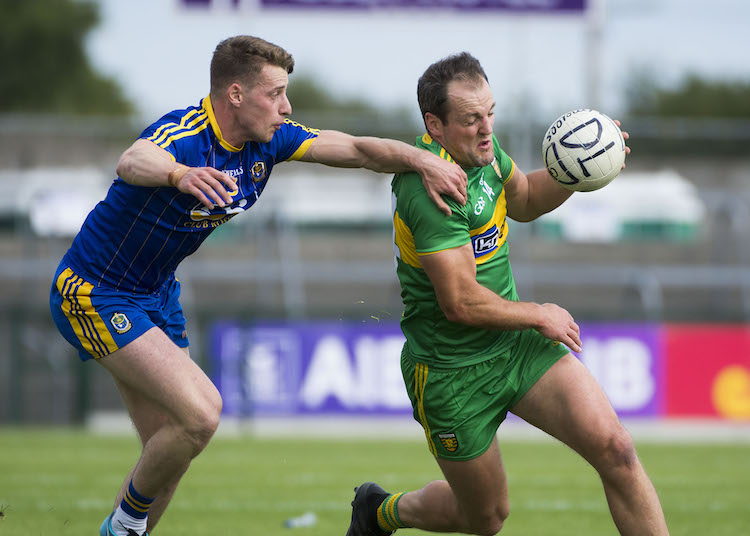 The world of Twitter gushed in its praise of inspirational Donegal captain Michael Murphy as he fired Donegal to a Super 8s win over Roscommon in Dr Hyde Park.

Murphy hit nine points as Donegal defeated Roscommon 0-20 to 0-13 – setting up a winner-takes-all showdown with Tyrone in a fortnight’s time.

This evening, it was all about Murphy.

“Commentating on Michael Murphy is one of the joys of life,” observed BBC commentator Thomas Niblock.

His was one of many tweets to marvel at the display of the Glenswilly man.

Michael Murphy putting on one of the great individual performances.

Commentating on Michael Murphy is one of the joys of life. Superb

Donegal owes An Garda Síochána a great debt of gratitude
Imagine had Michael Murphy Snr not joined the force
Mayo’s loss was the transformation of Donegal GAA history https://t.co/5SpNTZcCkq

Brilliant to see Michael Murphy back in around the square. Scoring rate from play has dipped seriously in recent years but this is more like it. Also like Mac Niallais playing inside with his back to goal, compensating nicely for the loss of McBrearty

Michael Murphy is just so, so good to watch. The ease with how he strokes his shots is glorious to watch.