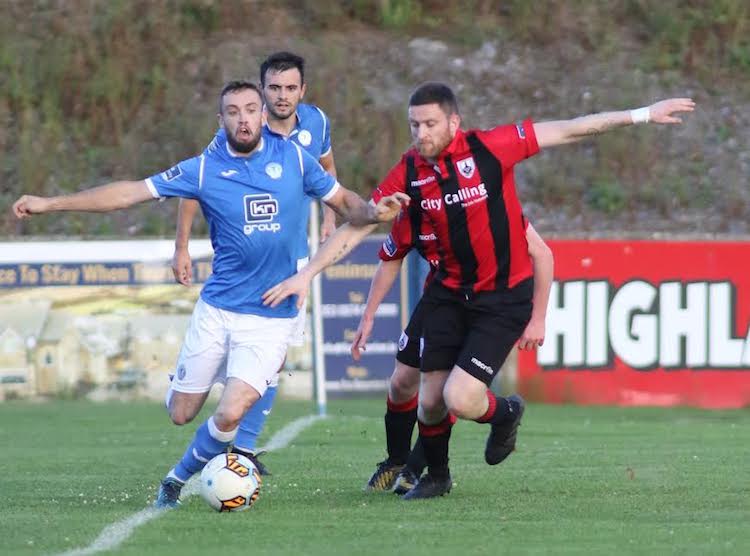 Finn Harps manager Ollie Horgan is praying that Nathan Boyle has managed to avoid a hamstring injury that could keep him out of the promotion run-in.

Boyle was withdrawn after 62 minutes of last night’s scoreless draw with Shelbourne at Finn Park.

The Derry man, who was making his first start and third appearance since returning to the club last month, hasn’t been a full tilt and was taken off as a precaution.

With just six games to go and with Harps firmly in the hunt for a play-off berth, at least, Horgan hopes the ace striker has suffered no damage.

“Nathan has been struggling a little bit with the hamstring and we took him off immediately,” Horgan said.

“We were tempted to leave him on to get a goal.

“Hopefully there isn’t a huge amount of damage. He has had a lot of injuries and we will need to keep him fit to have a chance of making the play-offs.”

Harps, who are four unbeaten and haven’t conceded a goal in those four outings, face Cobh Ramblers at St Colman’s Park next Saturday.