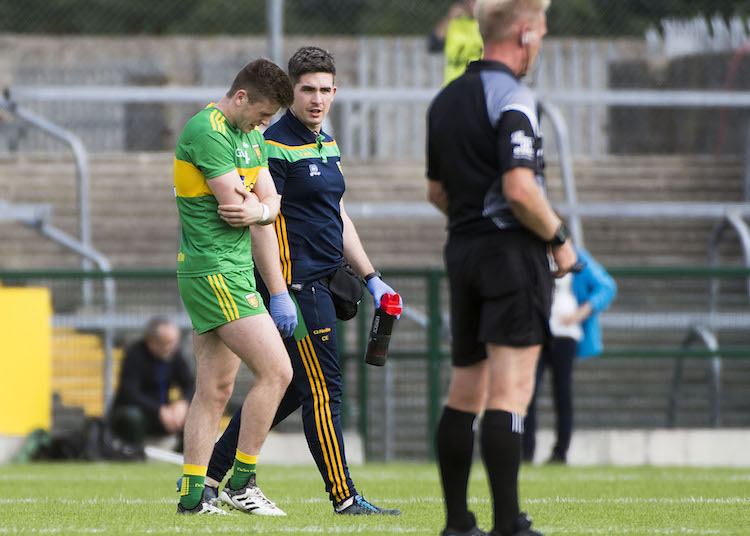 Donegal are sweating on the fitness of defender Eoghan Ban Gallagher ahead of their All-Ireland quarter-final meeting with Tyrone.

The Killybegs man had to be replaced just 19 minutes into last night’s win over Roscommon at Dr Hyde Park.

Gallagher, who has been in excellent form for Donegal this season, walked off nursing an injury to an elbow.

Gallagher left the venue in a sling and, with just two weeks to go until the Tyrone game, he is now rated as a major doubt.

“The medical team are looking at him. The fact he came off the way he did…hopefully it’s not too serious, but we’ll know more later on.”

Gallagher will be assessed again today to determine the extent of the injury.

An All-Ireland semi-final spot is up for grabs for the winner when Donegal and Tyrone collide on August 4.