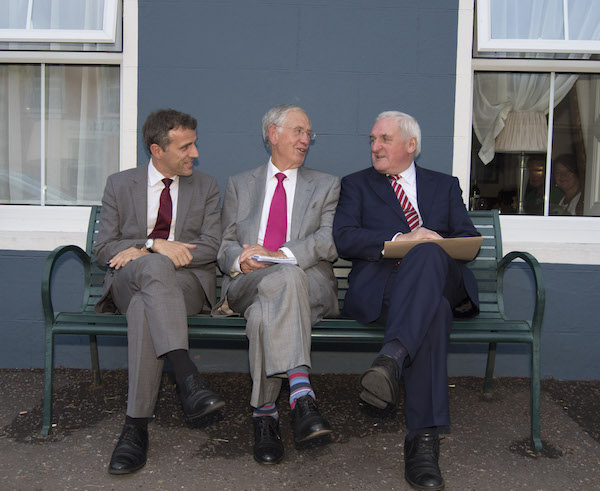 There needs to be more discussion about how the UK government is going to replace EU investment in Northern Ireland post-Brexit, former taoiseach Bertie Ahern has said.

Mr Ahern made the comments as one of the first speakers at the MacGill Summer School in Glenties, last night.

He said the debate about a frictionless or hard border with Northern Ireland has taken away from the issue of how EU funding of the region will be replaced.

“In other words, how much money will the British government allocate post-2020 to substitute EU-financed programmes that operate in Northern Ireland at this time?

“This is a very serious issue indeed and all contracting parties need to sit down and assess how to move these matters forward in a positive and constructive manner.”

Mr Ahern observed that many parts of the Northern Irish economy draw on significant support from the EU, particularly agriculture. 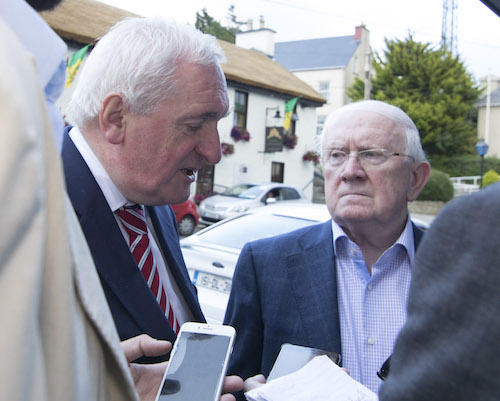 Former Taoiseach Bertie Ahern with local TD Pat The Cope Gallagher as he talks to the media when he attended the MacGill Summer School in Glenties. (North West Newspix)

Other areas which receive extensive EU funding include research and development and programmes to address social issues such as unemployment. All this funding will have to be replaced, Mr Ahern said.

The EU also provides extensive funding to support the peace process in Northern Ireland, including a €150 million payment under the four-year Peace 4 programme.

He said the EU should continue to support the peace process in the North post-Brexit and he could see no reason why this wouldn’t be possible.

Mr Ahern welcomed the UK’s White Paper on leaving the EU, particularly the guarantee of a frictionless border. However, he questioned how the UK would be able to participate in some elements of the internal market and not in others while also agreeing trade deals with third countries.

“I am not even sure that the European Commission and the European Court of Justice will recognise the right for the UK to strike trade deals with third countries – if the UK itself secures a standalone trade deal to access the marketplace of the European Union.”

He also warned that the EU’s Brexit negotiators must work within the parameters set out by existing European treaties. Mr Ahern said he realised negotiators needed to be flexible but “any prospective final EU-UK deal must take place within the existing legal framework of the European Union”.

He continued: “And the reason that they cannot go outside this negotiating mandate is because there is absolutely no appetite at all in Europe to amend existing EU treaties.”

The MacGill Summer School, which runs for the next five days, is focusing on the topic, The future of Ireland in a New Europe: the Challenges Ahead? 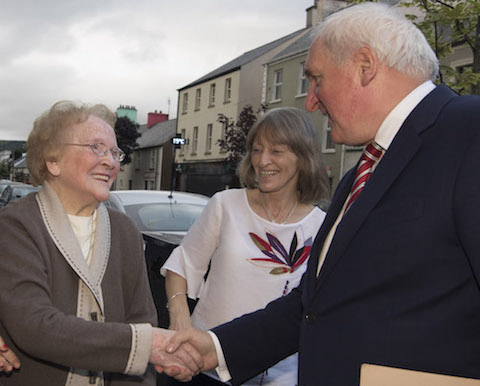 It was opened on Sunday by the French ambassador to Ireland, Stéphane Crouzat. There was significant criticism of the lack of women speakers at this year’s event.

In response, more women were brought in as speakers and a panel discussion on gender representation in Irish public life was added at the last minute.

Out of the 79 scheduled speakers, 35 are women. 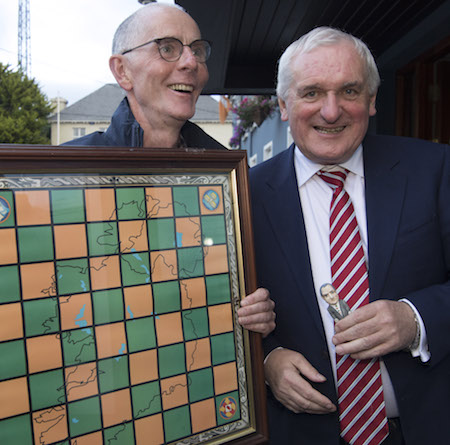 Former Taoiseach Bertie Ahern being presetnied with a caricature of himself from Michael McGrory who has made a chess pieces of central figures from the Peace Process in Northern Ireland. (North West Newspix)