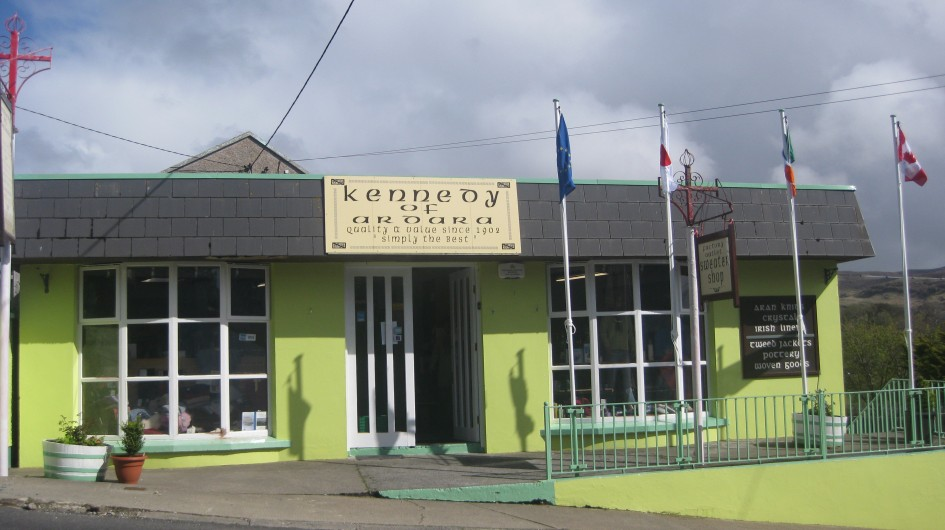 Iconic ‘Kennedy of Ardara’ building goes on the market

A world-famous knitwear store and factory in Ardara has been put up for sale a year after closing its doors.

Kennedy of Ardara on Front Street has gone on the market for sale, lease or rent this week. The asking price  has been listed at €250,000 with Anderson Auctioneers.

Kennedy of Ardara established over a century ago in 1902, and moved to the latest custom built building at the top of the village in 1968. The store closure was met with much sadness in the community when owners Marie and Connell Kennedy announced their retirement in April 2017.

The building carries much retail potential, situated in a prime location in the heritage town of Ardara on a 1000sqm site comprising a shop, office space and industrial unit.  The former factory at the rear provides wholesale and storage use.

The retail area was extended in 1981 and refurbished in latter years. There is room for development at rear and side of property, according to Andersons.